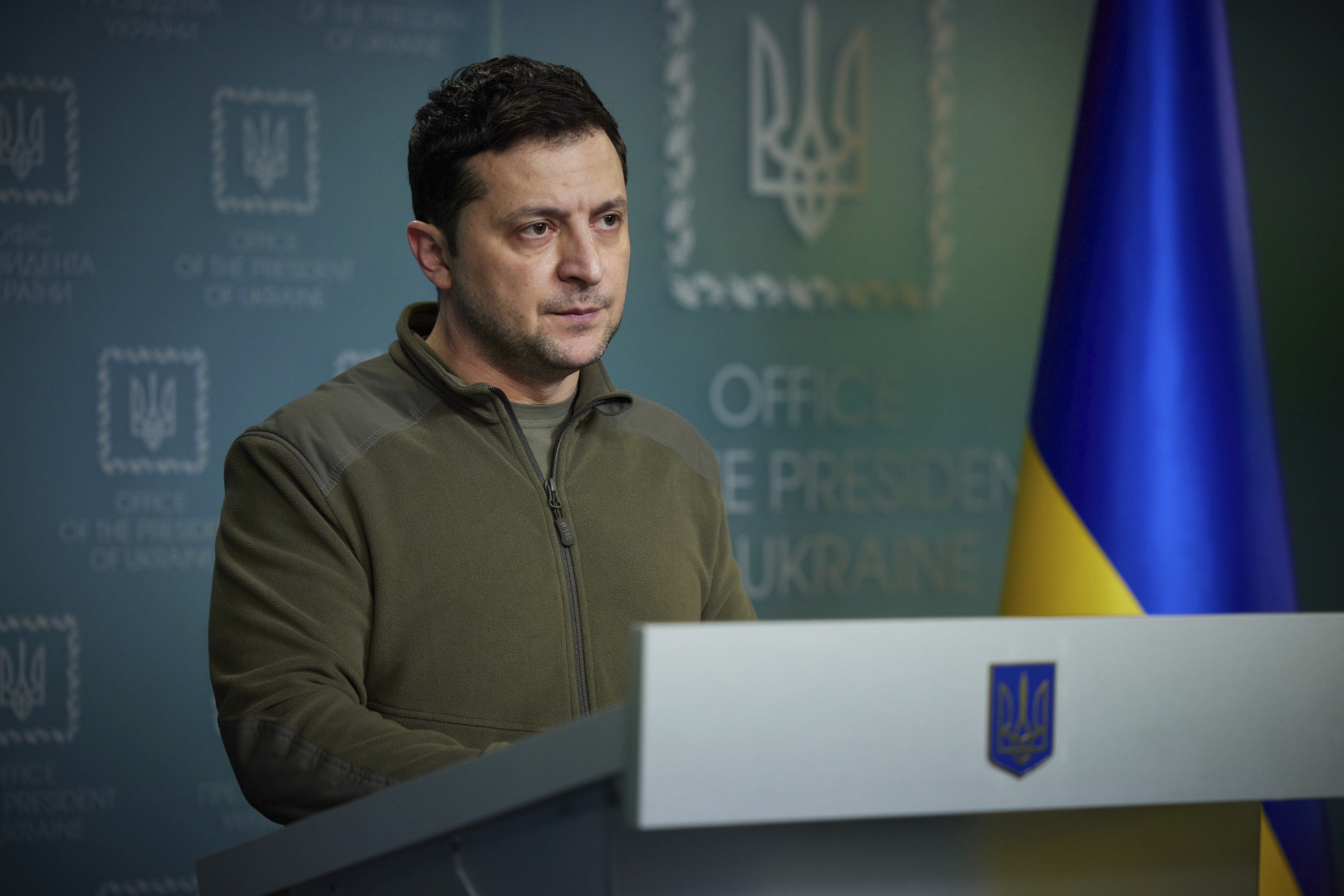 Press play to listen to this article

Now, as Russian forces edge closer to Kyiv, Prytula is running a very different campaign — supplying the Ukrainian army and civilian volunteers so they can fight for Zelenskyy against Russian invaders.

Prytula’s supply center was established on the fly the day Russians first sent troops into Ukraine, February 24. It started with a core group of activists, some of whom had been working together for several years. Dozens of others soon joined.

“It was the decision of one minute,” Prytula said.

The need for supplies is acute. While the government has promised to give a gun to any Ukrainian civilian who wants one, volunteers must provide everything else — from helmets to medical kits to sleeping bags.

And there are a lot of people coming in. At least 40,000 people in Kyiv are asking to join Ukraine’s civilian brigade, the Territorial Defense Force, according to people close to the Ukrainian military. As of last week, the government said it had already handed out more than 25,000 automatic rifles to these volunteers.

“We’re trying to cover everything the state doesn’t do now,” said Maria Pysarenko, Prytula’s press secretary, a former journalist who has been plunged into quite a different job than she was expecting when hired two months ago to assist with a political campaign.

Prytula is also not where he thought he’d be.

In 2019, he left a succesіful career as a radio and TV presenter, actor and comedian to go into politics. He ran for parliament with the Holos, or Voice, party as part of the self-described “patriotic opposition” to Zelenskyy, who Prytula knew well from their parallel careers in media.

“I’ve known him personally for 20 years, and that’s why I decided that I need to do something,” said Prytula, who chided Zelenskyy for failing to address the country’s relationship with Russia and for not pushing hard enough to join the EU and NATO.

“I thought, ‘We have to save the country,’” Prytula said.

Yet Holos only won 20 seats and the party’s leader, singer Svyatoslav Vakarchuk, soon quit. Prytula followed, planning to found his own liberal-right party.

But these days, when every week feels like a year, two years is a lifetime. And for now, Prytula — like millions of other Ukrainians — has paused life in favor of simply managing the war, setting aside his political differences with Zelenskyy, his career in both politics and show business, as well as his friendships with the many Russians he has worked with over the years.

“That was another life,” he said. “Today I have no questions for my president because he’s our commander and we are soldiers and I’m really proud. Everything else we can discuss after the war, but today we need to work together.”

Pysarenko asks journalists not to identify the building in central Kyiv where the supply center is being run. But while most of the city center has been eerily quiet for days, a constant stream of vehicles arrives here to both unload goods and to pick up items they will ferry to territorial defense brigades around the city.

The ground floor resembles a well-stocked but chaotic warehouse. Ukrainian firms are clearing out supply closets, sending whatever they have: medication, clothing, camping equipment, food. Local people bring what they can. During a recent visit to the site, an elderly man brought 10 packs of cigarettes. Another couple arrived and seemed a bit lost when told that there were enough supplies for the moment.

“They said they don’t need anything, but we have to do something,” one of them said.

While dozens of volunteers sort and catalog donations, a core team of seven people in the building coordinates with roughly 50 people working around the city, trying to assess supply and demand.

“We even had to stop our contact line for a bit because it was ringing all the time,” said Pysarenko. “We can see people are really ready to do something, and that brings confidence that everything will be fine when you see this unity.”

With the supply center, Prytula is expanding the fund he set up eight years ago, when Russia fomented war in eastern Ukraine. The money raised then went to support the Ukrainian armed forces fighting Russian-backed separatists, purchasing drones, sniper rifles, radio stations and night vision goggles.

Yet, like almost everyone in Ukraine, he was not truly prepared for all-out war.

“We were waiting for something like this to happen for eight years,” he said. “But I also didn’t believe a sane person could ever really do it. I don’t know what’s going on in Putin’s head; he’s not human. But I think he’s made a big mistake.”

At the supply center, Yurii Myronchyk, a sports photographer and military reservist from Kyiv, waited outside, hoping to get a weapon. He put his name down for the Territorial Defense Force in the first days after the war began, but there have not been enough government-supplied rifles to go around.

“But lots of the Territorial Defense are already equipped and waiting for orders,” he said. “All Ukraine is ready.”

For now, the weapons are going to those who have some previous military experience. One of those is Petro Lebedev, a barista originally from the Odesa province, who joined the Territorial Defense Force the day after the war started.

“I couldn’t sleep all night,” he said. “I’m a man, but I actually cried in the middle of the night. I was just sitting there and couldn’t do anything because I realized: This is war.”

Lebedev did his military service 16 years ago as a border guard and has not touched a weapon since.

“I was making people happy with good coffee,” he said, scrolling through pictures on his phone of fancy lattes and cappuccinos he had made.

His girlfriend left Kyiv to stay with her parents in Sumy, only for civilians there to come under Russian attack. In recent days, humanitarian corridors out of besieged cities like Sumy, Kharkiv and Mariupol have been promised and then halted as routes come under shelling. People finally began leaving Sumy on Tuesday, after overnight shelling killed 21 people, according to the regional prosecutor’s office.

“The army is one thing, but these are civilians,” Lebedev said. “So we have to go out and defend ourselves; not to do it is just stupid.”

Prytula knows exactly what he is defending. “I have a big flat in Kyiv. I have a nice Mercedes. I have a beautiful wife and three kids — and a gun,” he said. “Everything a real Ukrainian needs.”

Prytula’s family has escaped to his hometown in west Ukraine, but he’s determined they will come back to Kyiv. “I’m doing this not only for my country but for my kids,” he said.

The supply center is currently waiting for a big delivery of helmets and flak jackets from abroad, bought with up to five million hryvnias in donations — or just over €150,000 — since the war began.

Territorial Defense members get minimal training, according to Lebedev — just enough to make sure they know how to load and fire a gun. They are not allowed to take the weapons home with them and have to pledge to return them to the government once the war is over.

Such is the fog of war, Prytula shrugged. “We will talk about it after the war,” he said. “We already know what to do with people with guns in their hands if they try to do something illegal or criminal.”

Parliament increased prison sentences for wartime looting on March 3, but some city mayors have warned that looters may be shot instead of arrested.

“People in Ukraine agree with this,” Prytula said. “It’s scary but war is scary; martial law has been declared. Everything is different.”

Inside the MARVEL micronuclear reactor project at Idaho National Lab