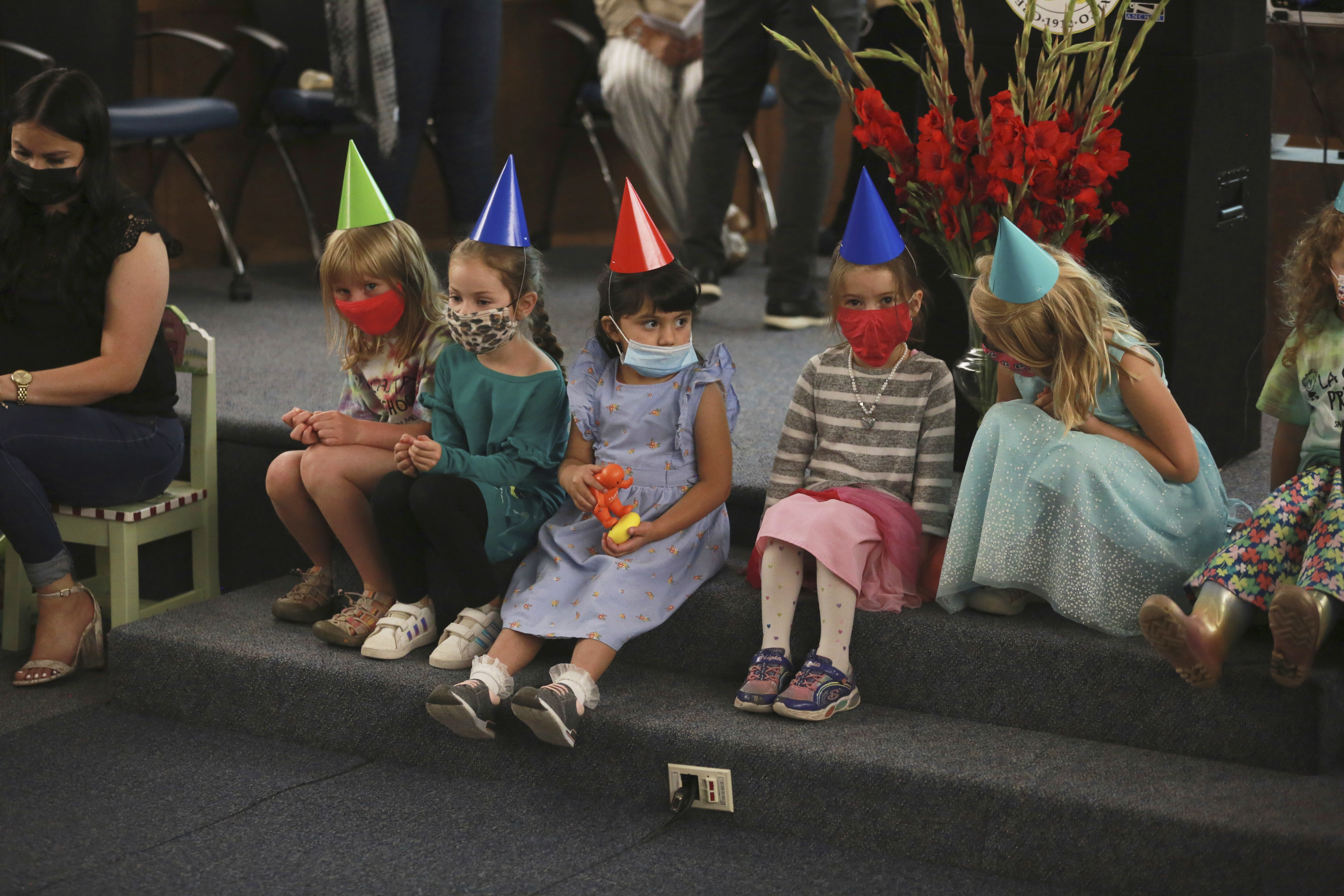 The situation has alarmed liberal advocates and unnerved Democrats who believe winning the support of parents is key to keeping control of power in Washington. Caregivers already exhausted by the pandemic now face rising prices due to historic inflation, with no relief in sight. Republicans, sensing an opening, are attempting to make fresh inroads on education and children’s issues — largely by waging campaigns around curriculums and sexual orientation and gender identification instructions in the classroom.

“They cannot return home for a midterm election without bringing home the goods,” said April Verrett, president of long-term care worker union SEIU Local 2015, who has met frequently with White House officials on the matter. “Americans want and need the support to lower costs for families.”

Democrats’ hopes on this front rely largely on winning over the party’s main holdout, Sen. Joe Manchin (D-W.Va.). But Manchin is focused on limiting drug prices and advancing climate programs, regarding the rest as “social” spending that should be considered only if there’s money left over. And after months spent trying to win the Senator’s elusive vote, many congressional Democrats are signaling they’re willing to give in to his demands.

Advocates for the care provisions have warned the White House and lawmakers that any reconciliation bill that leaves out large investments in the care economy risks alienating one of Democrats’ most important voting groups ahead of the midterms. A Morning Consult/POLITICO poll conducted in February found that Democrats had already begun ceding their electoral advantage among recipients of the expanded child tax credit within a month of the payments expiring.

“If a reconciliation package passes without any of the care agenda items, you will see the wrath of women around the country,” said Julie Kashen, director of women’s economic justice at the Century Foundation.

And while members of Congress who have been working on caregiver issues continue to speak optimistically, they acknowledge the skepticism that a deal will be made.

“It will remain a big priority for us,” said Rep. Brendan Boyle (D-Pa.). “But I am nervous about whether or not those provisions ultimately make it into something that can pass the Senate.”

The current status of the expanded child tax embodies the vise Democrats now find themselves in. The program was passed as part of the Covid relief plan passed last spring, granting families up to $3,600 per child in monthly payments. But it expired in December. Then the main vehicle for its extension — the Build Back Better bill — faltered, and Congress is unlikely to strike a deal this year to restore it, even in a reduced fashion.

Two people close to the process blamed the lack of progress on GOP obstruction, along with Manchin’s reluctance to keep the program going despite its link to plunging child poverty rates. But they also said the administration is largely disengaged from negotiations on Capitol Hill.

There is no point person in charge of getting the expanded tax credit renewed, and the White House has refused to say what concessions it could accept to make a fix more palatable to Republicans and Manchin — making it difficult for lawmakers to hash out specifics. That’s left some privately resigned to the probability an agreement is out of reach.

“I’m amazed at the lack of strategy,” said one advocate in close touch with the White House. “There’s a debate about the future of children and families going on, and they’ve taken a step back on it.”

White House officials are aware of the concerns about the president’s care agenda and try to assuage those fears by saying the president will keep looking for ways to pass the issues into law if they don’t end up in the BBB bill that can be done through reconciliation. During a Friday speech to House Democrats, Biden pleaded with lawmakers to continue working on reducing childcare costs, insisting that “we can do that.”

But avenues for passage through a 60-vote threshold in the Senate are, as of now, non-existent. And in a response to a series of questions about its strategy for advancing the issue, the White House declined to comment.

Others told POLITICO that the White House has continued to reassure them that there’s still a chance of securing funding for certain items, like universal pre-K and capping childcare costs — emphasizing that the issues are still major priorities for Biden evidenced by their inclusion in his State of the Union address.

“There were a lot of things that were not included in that list of three priorities for Congress to address through a reconciliation bill that he wants on his desk,” said Charles Joughin, who leads public affairs for the child advocacy group First Five Years Fund.

Yet even under that scenario, progress could take months.

While the administration has carefully guarded the details of its talks with Manchin, for fear of leaks that could derail the delicate discussions, officials have indicated it may take until the end of April for negotiations on the specifics of an economic package to begin in earnest.

The delay means that Democrats are likely to head into the campaign stretch either still in the messy negotiation phase or having made little headway on a “care economy” initiative that once formed the backbone of Biden’s Build Back Better agenda.

The expanded child tax credit is hardly the only place where progress has faltered. The White House also initially sought funding to upgrade child care facilities and create a nationwide pre-K program. It wanted to guarantee 12 weeks of paid leave and cap the cost of childcare for low-to-middle income families. Another $400 billion was planned for home and community-based care for older Americans and people with disabilities.

Those initiatives would slash families’ biggest expenses and grow the economy overall, supporters argue, chiefly by allowing more stay-at-home caregivers to re-enter the workforce. Democrats also hoped it would aid them politically, shoring up support among those managing the brunt of the pandemic: suburban women voters who also helped Biden take the presidency in 2020 and people of color who make up a core part of the party’s base.

Instead, that early optimism has been replaced by warnings that Democrats are blowing it.

“Republicans are well aware that parents are going to be a highly contested demographic this cycle, and so they’ve ramped up culture war messaging aimed at this group,” said Ethan Winter, a senior analyst at progressive polling firm Data for Progress, pointing to GOP efforts in Congress and several states to redefine fights over school curricula, gender identity and Covid policies as “parents rights” issues.

There are signs the administration shares the urgency of the advocacy community. Earlier this week, a fact sheet circulated by the White House ahead of the one-year anniversary of its American Rescue Plan credited the law for driving child poverty to its lowest rate on record.

Yet that point is quickly losing its political salience. With the payments drying up, new Columbia University research indicates child poverty is on the rise again — especially among Latino and Black children who saw the greatest benefits last year.

On a Tuesday call with reporters to tout the law’s accomplishments, White House officials declined to say whether they saw a path to restoring the tax credit.

“This is something that we are still fighting for and haven’t given up,” a senior official said.

In the absence of clear momentum, some Democrats have pushed congressional leaders to hold voters on individual proposals even if they’re unlikely to pass, so lawmakers can at least register their support. But that tactic won’t do much to deliver the on-the-ground benefits that Biden promised — and that Democrats once hoped would boost their chances in November.

“We have to define what the parents agenda is,” said Celinda Lake, one of Biden’s campaign pollsters. “We need a more visible fight on this.”

Neymar, others unharmed after emergency landing in Brazil

Rival execs think Nets have no intention of trading Durant

U.S. officials say the G7 is close to an agreement on price caps on...

6 Podcasts That Go Deeper on the Headlines