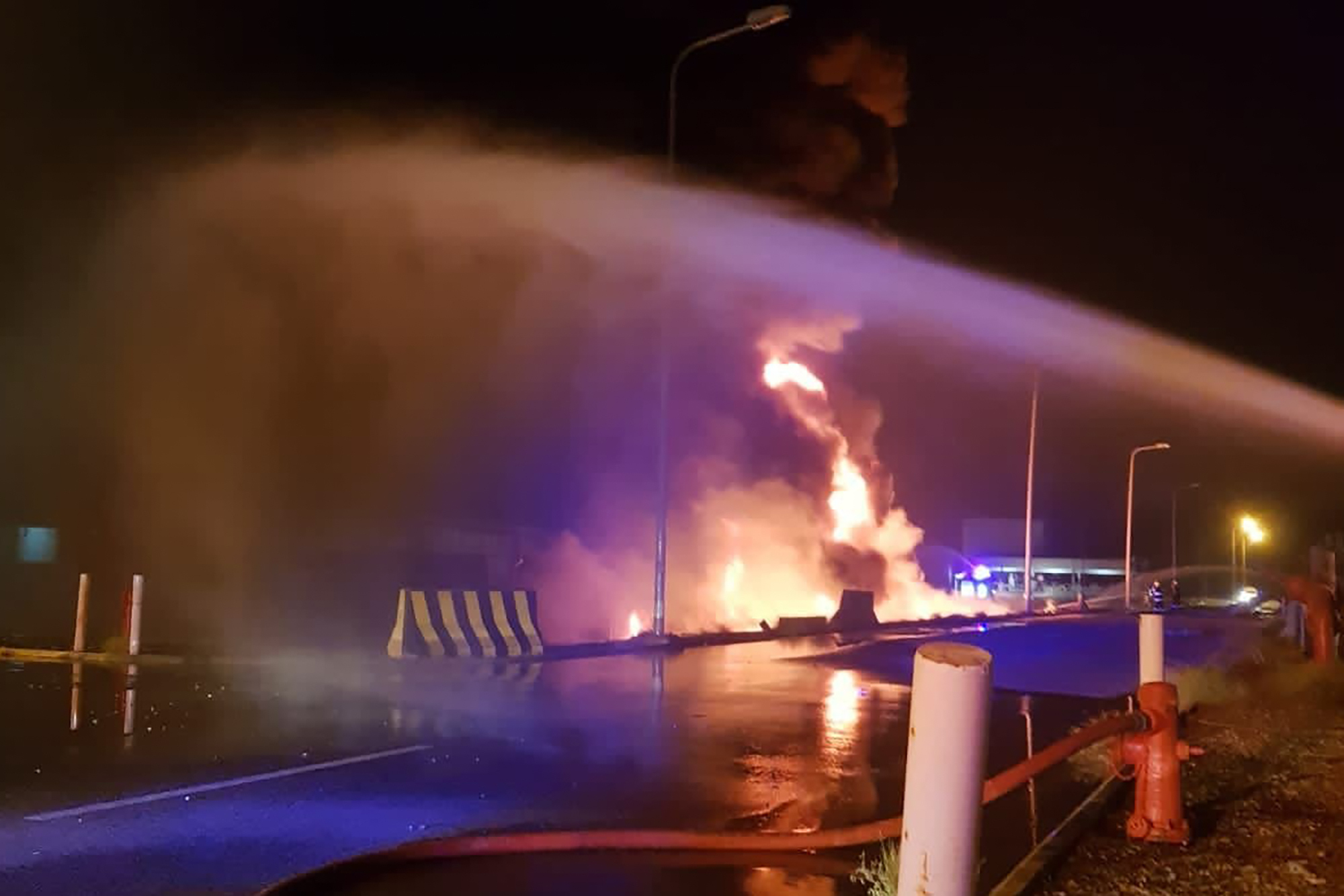 The salvo also came as Saudi Arabia’s state-backed oil giant Aramco announced that its profits surged 124% in 2021 to $110 billion, a jump fueled by renewed anxieties about global supply shortages and soaring oil prices.

Aramco, also known as the Saudi Arabian Oil Co., released its earnings report after weeks of intense volatility in energy markets triggered by Russia’s invasion of Ukraine. Punitive sanctions on Russia, among the world’s largest exporters of crude and petroleum products, have added turmoil to an already-tight energy market.

The international oil benchmark Brent crude hovered over $107 on Sunday after nearly touching a peak of $140 earlier this month. Saudi Arabia and the United Arab Emirates have so far resisted Western appeals to increase oil production to offset the loss of Russian oil as gasoline prices skyrocket.

Brig. Yehia Sarie, a spokesman for Yemen’s Iran-backed Houthis, said the rebels had launched “a wide and large military operation into the depth of Saudi Arabia” on Sunday, firing ballistic missiles and bomb-laden drones toward Saudi Aramco facilities and other “sensitive targets” in the country.

He described the assault as retaliation for the Saudi-led “aggression and blockade” that has turned much of Yemen into a wasteland.

The Saudi-led military coalition said Houthi aerial strikes targeted a range of facilities: an Aramco liquified gas plant in the Red Sea port of Yanbu, a power station in the country’s southwest, a desalination facility in Al-Shaqeeq on the Red Sea coast, an Aramco oil facility in the southern border town of Jizan and a gas station in the southern city of Khamis Mushait.

The extent of damage on Saudi infrastructure and energy facilities remained unclear. The official Saudi Press Agency posted photos of firetrucks dousing leaping flames with water and a trail of rubble wrought by shrapnel that crashed through ceilings and pocked apartment walls. Other images showed wrecked cars and giant craters in the ground.

“There were no injuries or fatalities and there was no impact on the company’s supplies to customers,” Aramco President and CEO Amin H. Nasser told reporters in remarks carried by Saudi state media.

The barrage comes days after the Saudi-based Gulf Cooperation Council said it invited Yemen’s warring sides for talks in Riyadh aimed at ending the war — an offer dismissed out of hand by the Houthis, who demanded that negotiations take place in a “neutral” country.

Peace talks have floundered since the Houthis have tried to capture oil-rich Marib, one of the last remaining strongholds of the Saudi-backed Yemeni government in the country’s north.

Yemen’s brutal war erupted in 2015, after the Iran-backed Houthis seized the country’s capital, Sanaa, and swept across much of the north. Saudi Arabia and other Arab states launched a devastating air campaign to dislodge the Houthis and restore the internationally recognized government.

But years later, the war has settled into a bloody stalemate, with Saudi Arabia and its allies struggling to turn the tide. It has created one of the worst humanitarian crises in the world, with a recent U.N. report estimating that hundreds of thousands of people have died as a result of the war.

As part of its 2021 report, Aramco said it stuck to its promise of paying quarterly dividends of $18.75 billion — $75 billion last year — due to commitments the company made to shareholders in the run-up to its initial public offering. Nearly all of the dividend money goes to the Saudi government, which owns more than 98% of the company.

The low oil prices of recent years have stung Aramco, forcing the kingdom to scale back its spending on projects and subsidies. But riding on its 2021 income surge, Aramco said on Sunday it expects to raise its capital expenditure to between $40 and $50 billion this year, a sizable increase from last year’s spending of $31.9 billion.

Christian Bale Is Willing To Play Batman Again Under One Condition

Before Floyd, a Black man screamed ‘I can’t breathe’ then died | Police News

Girl, 12, Shoots Dad And Self In Plot With Friend To Kill Families: Sheriff

64% of consumers worry about shrinkflation. Here’s what to watch for

‘Evil Came’: The Toll of Russia’s Occupation in Kyiv’s Suburbs