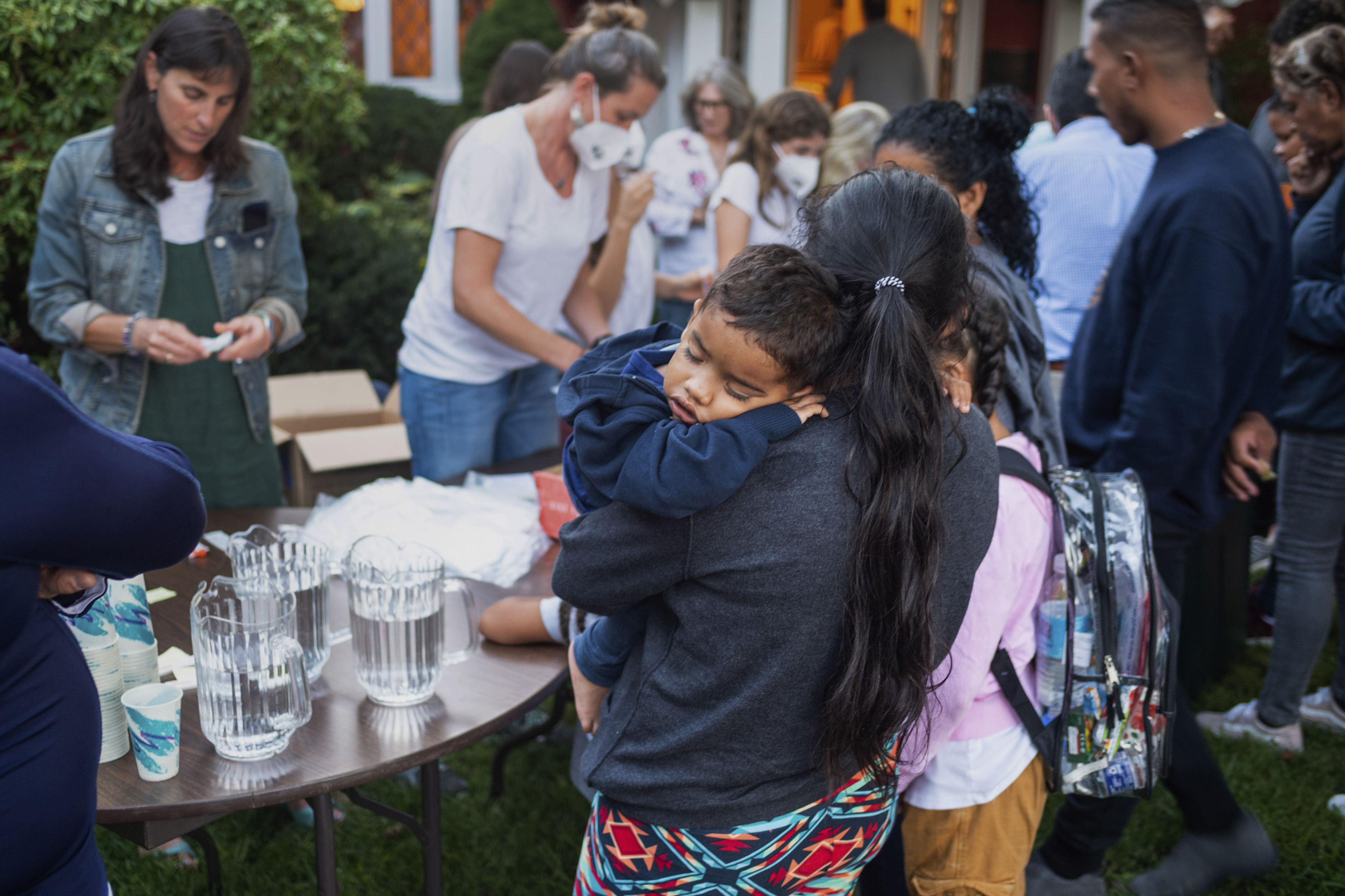 “Coordination in crisis is something that we must do together,” he said. Adams added on ABC’s “This Week” that he reached out to the Abbott administration for organization, without success.

The Republican governor has sent thousands of migrants to New York, Washington and Chicago over the last few months to call attention to what he sees as an immigration crisis. Gov. Doug Ducey of Arizona, a Republican, has also done so, though he hasn’t come in for the same level of criticism because he has worked more closely with other officials.

Joining them last week was Gov. Ron DeSantis of Florida, who had migrants from Venezuela flown from Texas to Martha’s Vineyard in Massachusetts. Migrants were also dropped off in front of Vice President Kamala Harris’ Washington residence last week.

Republican leaders have said they are merely distributing around the nation the burden of those arriving from Venezuela and elsewhere. For his part, Adams said the lack of coordination was straining his city.

“We should not be really treating other cities and municipalities in the manner we’re witnessing now,” he said on Sunday. “We need resources for housing, resources to make sure that we can properly give people … all the basic necessities.”

Sen. Mike Rounds (R-S.D.) defended Abbott and DeSantis on CNN’s “State of the Union,” even as he agreed that their moves were political.

“They’re doing their best to try to send a message to the rest of the nation about the plight of those individuals that are coming from south of the border,” Rounds told host Jake Tapper.

In response to a question from Tapper about the ethics of using people, including children, to make a political point, Rounds said: “You have to put it in perspective of what’s happening at the southern border right now. This is every single day, thousands of individuals coming across with babies.”

Joe O’Dea, the Republican nominee for Senate in Colorado, took a similar perspective on Sunday.

“People call what he did cruel,” O’Dea said on NBC’s “Meet the Press,” referring to DeSantis. “You know, what’s cruel is ignoring this issue. Democrats are ignoring it.”

Rep. Henry Cuellar of Texas, a moderate Democrat, said DeSantis and Abbott were participating in political theater, even as he also suggested that the migrants should be sent back to their country of origin using existing laws.

“It does bring attention, but we want to focus more on solutions on the border,” Cuellar said on CBS’ “Face the Nation.”

Migrants who have been transported by Republican governors have reportedly been misled about where they were going and why. Adams said that was true of those who had arrived in New York. Some of the arrivals were also dehydrated, Covid-positive or without proper food, he said.

“This is a blight on our entire country,” Adams said of the Republican leaders’ actions. He rejected the idea that New York would change a “right to shelter” law in response to the crisis, though he said the implementation of the law might need to be altered.

“These governors are taking advantage of these helpless people, making promises to them to get on the bus and life is just going to be fine. … Why is it when the Republicans want to enforce their immigration theories, it’s always the kids that end up being the victims?” Durbin said Sunday on “Meet the Press.”

Former President Bill Clinton also weighed in on Sunday: The community of Martha’s Vineyard — the elite vacation spot where DeSantis sent migrants with little warning — has a history of acceptance, he said on CNN’s “Fareed Zakaria GPS.”

“It was also the first place that welcomed Black professionals and business people from the South to come and live on equal terms. … I don’t know what Massachusetts is going to do, but I bet that they will make those people feel at home,” Clinton said.

Lamar Jackson expects to be with Ravens for entire career

The ‘First number retired for every MLB team’ quiz

41 Products That Might Inspire You To Get Your Life Together