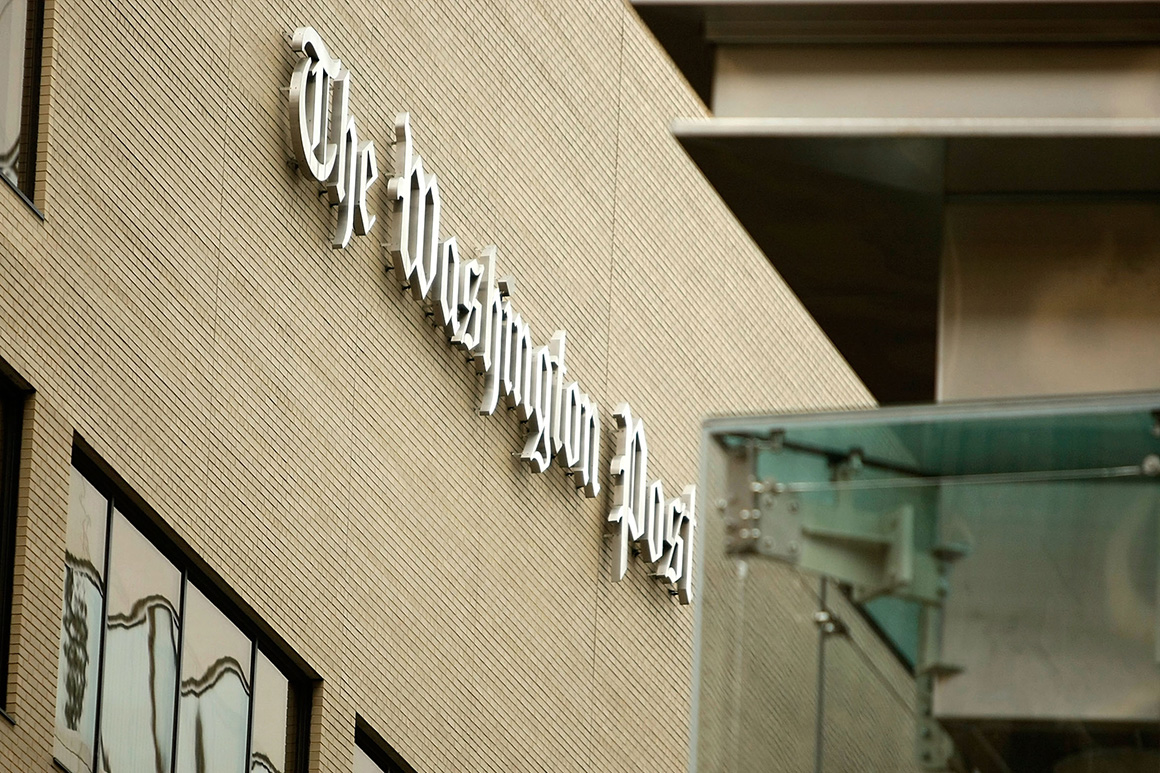 The Post’s editors said the restrictions were due to her public statements about her own experiences with an alleged assault by another reporter while working in China, but Sonmez’s suit contends that the Post subjected her to a double-standard as a woman and as a crime victim, categories specifically protected by the district’s anti-discrimination law.

An attorney for the Post, Jacob Roth, said the decisions affected the newspaper’s contents and therefore entitle the paper to an expedited dismissal under the speech-protection measure, which takes its name from an acronym for strategic lawsuits against public participation.

“The bans are decisions by the editors at the Post about which stories the plaintiff should cover and which stories plaintiff should not cover. Those decisions are expressive acts taken in furtherance of communicating with the public on issues of concern,” said Roth, a partner with law firm Jones Day. “We recognize this not your typical anti-SLAPP case. In fact, the Post has never invoked the anti-SLAPP statute in an employment case before.”

Roth also emphasized that in the Post’s view, the limits on Sonmez’s coverage did not amount to punishment. The attorney also argued that Sonmez’s two-day suspension with pay in 2020 over her alleged violation of the Post’s social media policy in tweets about basketball star Kobe Bryant on the occasion of his death in a helicopter crash — tweets which mentioned allegations against him of sexual assault — was not severe enough to qualify as an “adverse action” under employment law.

Sonmez’s lawyer, Sundeep Hora, warned Judge Anthony Epstein that allowing the Post to invoke the anti-SLAPP law under these circumstances would essentially exempt the paper from discrimination law, making it all but impossible for a reporter or editor to pursue a claim of racial or gender bias.

“You simply can’t use the First Amendment as a sort of backdrop to make discriminatory personnel decisions,” Hora said, arguing that the Post’s position would allow it to hire “an all-white-male staff,” at least for certain issues.

Hora said Sonmez’s status as a sexual assault victim should not have barred her from covering certain stories, any more than current Supreme Court nominee Ketanji Brown Jackson should be forced to recuse from drug cases because her cousin was convicted of a drug crime.

“Can she serve adequately on criminal cases? The answer is yes,” Hora said.

However, Epstein suggested the issue in Sonmez’s case turned more on her public comments related to sexual assault than on her history or her gender. “Ms. Sonmez was treated exactly the same — until she made statements,” the judge said. “You can engage in public discourse on these topics whether or not you have personally been a victim of these crimes. … She wasn’t banned just because she was a woman from covering the #MeToo movement.”

Epstein sounded more sympathetic to Sonmez’s claim that barring her from that sort of story could amount to an adverse action even if she wasn’t demoted and didn’t have her pay reduced. He said excluding her from covering such stories as the sexual assault allegation against Supreme Court nominee Brett Kavanaugh could have injured her career.

“It’s hard to think of a bigger story than Brett Kavanaugh’s nomination. If a reporter is precluded from covering the sorts of stories that win Pulitzer Prizes … doesn’t that affect the reporter’s prospect for advancement and success?” Epstein asked.

Roth said Sonmez’s suit failed to allege that the other stories she was assigned to were “backburner stuff that nobody cares about.”

The Post lawyer also said that the actions toward Sonmez were taken in order to preserve perceptions of the paper’s “objectivity and impartiality.” Roth said those judgments were certainly open to public debate, but having a court step in to second-guess them would be a bad precedent for free expression and freedom of the press.

“What’s going on in this case is not really appropriate for a court to decide,” Roth said.

Sonmez attended the arguments Friday, which were held via videoconference, but only spoke briefly at the outset of the hearing to identify herself.

While Epstein sounded skeptical about some of the arguments from Sonmez’s attorney, he did not issue a ruling Friday or give a clear indication of which way he plans to rule on the Post’s motion to dismiss the suit, although he said his goal is to act “promptly” on the issue.

“You’ve given me even more to think about,” the judge said.

The Republican center mounts its comeback in New England

MyPillow CEO Mike Lindell Announces Lawsuit Against The FBI Over Phone Seizure: ‘This Has...