Sumy regional governor says the area within a 5km radius around the plant is hazardous.

A Ukrainian official has told residents of the northern town of Novoselytsya to seek shelter after an ammonia leak at a nearby chemical factory, as intense fighting with Russian forces in the area continues.

Ammonia is a highly corrosive, toxic and hazardous gas, and can be fatal to humans if ingested, inhaled or absorbed through the skin.

Sumy regional governor, Dmytro Zhyvytsky, said on Monday there had been an “ammonia leakage” at the Sumykhimprom facility, affecting an area within 2.5km (1.5 miles) of the plant, which produces fertilisers. He said the leak was the result of Russian shelling and that an employee at the plant was wounded. 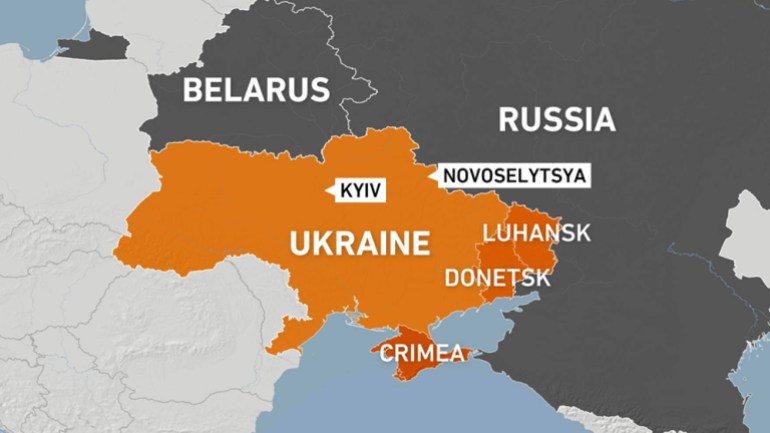 Residents were told to seek refuge in basements or on lower levels of buildings to avoid exposure, and if ammonia is detected, to breathe through gauze bandages soaked in citric acid.

“Ammonia is lighter than air, therefore shelters, basements and lower floors should be used for protection,” Zhyvytsky said in a Telegram message.

He added that emergency crews were at the scene and prevailing winds meant the nearby city of Sumy – with a prewar population of about 250,000 – was not under immediate threat.

According to Sumykhimprom’s website, the facility produces a range of chemical fertilisers.

I talked to 70 parents who raised highly successful adults—here are 4 hard things...

64% of consumers worry about shrinkflation. Here’s what to watch for

Trump’s Deposition Has A Satisfying Link To ‘Succession’

Trump’s Endorsements Poised To Let Democrats Hold On To Congress