Former Ukrainian President Petro Poroshenko has urged Gulf countries to play their own role in stopping Russia’s invasion of Ukraine by increasing oil and gas production, in order to avert a global food crisis and keep prices stable.

“The Arab world also has a role [to play] because now when we ask for an embargo on Russian oil and gas, all Gulf countries have the opportunity to increase oil and gas supply to the world market, and this is what we are looking for [from them],” Poroshenko told Al Jazeera on Monday, speaking from the capital Kyiv, in full military fatigues.

“This would help us to prevent a food crisis and stop the danger for food security, and help to keep oil prices [stable] when the embargo on Russian oil and gas is introduced,” he said.

“If we do not increase the pressure on [Russian President Vladimir] Putin to bring peace, the war will never end … we are here paying the huge price with the thousands of thousands of Ukrainians [who have been killed],” he added.

Two of the world’s biggest oil exporters, Saudi Arabia and the United Arab Emirates, have so far reacted mildly to Russia’s military offensive in its neighbouring country, avoiding taking a position against it. The two countries have developed strong ties with Russia, and in the face of a potential European ban on Russian oil, they would play a key role in helping stabilise the energy market.

Ukrainians have long called for world leaders to halt their import of energy products from Russia, which is the world’s top exporter of gas, and one of the leading producers of oil. The move would land a further blow to the Russian economy, which is already bearing the brunt of an unprecedented package of sanctions imposed by Western countries since the war started.

The United States, in part thanks to its low dependence on Russian oil, has already imposed a full embargo on Russian oil. European countries have so far ruled out the option.

Poroshenko called that dependency “immoral”, and said that it financed “the killing of Ukrainians”. 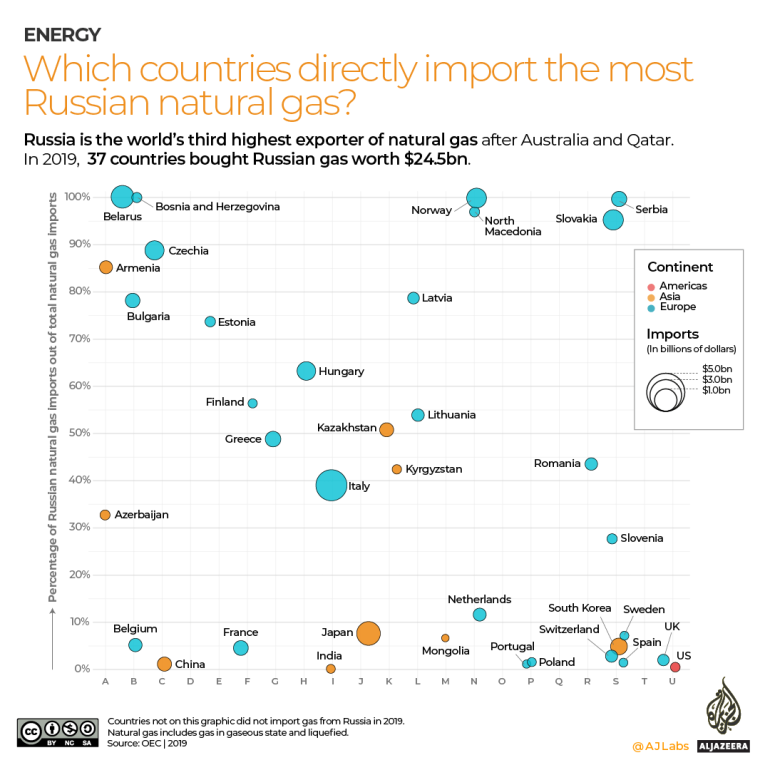 Poroshenko also said that Ukraine faced “the most difficult time in its history”, but called efforts to keep the Russian onslaught at bay “miraculous”.

“Ukrainians have … stopped the Russian army and surprised the world,” Poroshenko said.

The Russian military invasion of Ukraine started on February 24. Despite Russian hopes for a quick victory, the war is now in its fourth week. Russia’s advances have slowed, and its forces have not been able to encircle Kyiv. Instead, Russian forces have continued shelling the capital, with an attack on Sunday night killing at least eight people.

Another city under intensifying attacks is the strategically important port of Mariupol, in southern Ukraine. Hundreds of thousands of people remain trapped there, in what Ukrainian President Volodymyr Zelenskyy has called a “crime against humanity”.

The Russian assault on Mariupol has shown no sign of slowing down, and ceasefires that would allow people to escape along humanitarian corridors have failed to hold.

On Monday, Ukraine rejected an ultimatum to surrender Mariupol after Russia demanded that Ukrainian forces lay down arms.

“There is not any nation in the world that wants peace more than we [Ukrainians] do, but we never give up, and therefore it will be peace, not capitulation,” Poroshenko said, explaining the reason behind Kyiv’s position on Mariupol.

“And if now we allow Putin to grab Ukraine, he will not stop, he will go as far as we, the world, allow him to go,” he said.

These Were The Most Popular Baby Names Of 2021