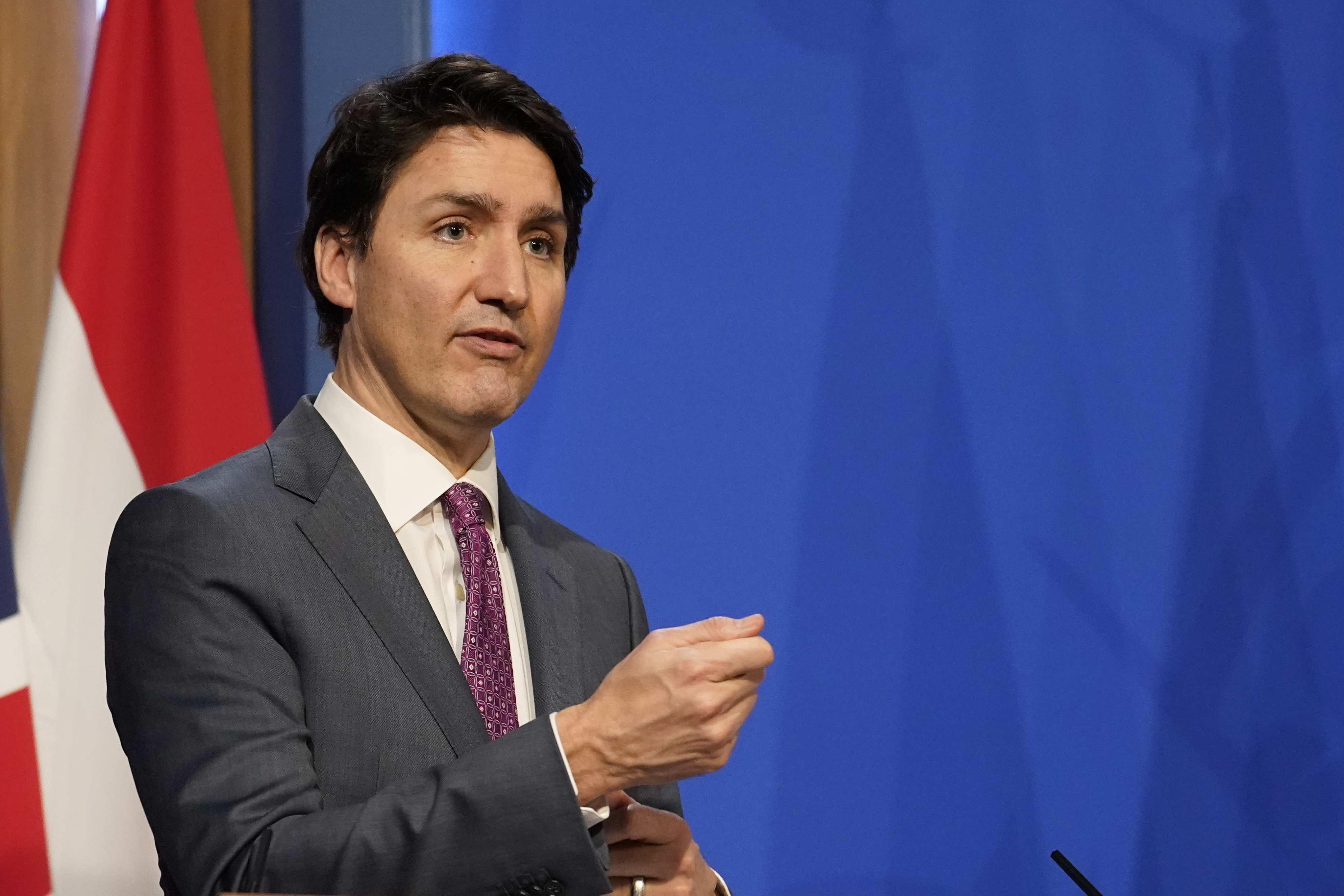 “We have lived in the splendid, naive sort of superiority that this was not our problem in Canada, that this was a south of the border problem, that it existed in other countries, but not in Canada — and that’s simply not true,” Jody Thomas said Thursday during her appearance at a major international defense conference in Ottawa.

“We have a lot to unpack in this country in terms of understanding what’s going on and its impact on democracy, our institutions in our society — and this is a problem that is not going away.”

Members of Trudeau’s inner circle are still trying to grasp what Thomas called the “domestic, ideologically motivated extremism” that helped fuel trucker convoy protests that overran the streets of the country’s capital earlier this year. The movement, funded in part by cash from abroad, also blockaded critical border crossings to the United States.

Convoy participants were buoyed by global attention to a movement that became the hottest topic on Fox News. The anti-establishment campaign inspired copycat protests in other countries, including Australia, New Zealand and France.

Organizers of the convoy sold their protest as a direct response to Ottawa’s vaccine mandate for truckers and its Covid restrictions in general. But authorities rejected the explanation. The protesters, for example, arrived with a “memorandum of understanding” demanding government leaders change Covid rules or resign.

Thomas, like other Trudeau officials, defended the use of the Emergencies Act. Protest organizers “no doubt, came to overthrow the government,” she said.

Thomas said the problem is that people reply on social media channels that reinforce what they believe. “If you live in this echo chamber, you believe this is true, you believe that the government is restricting your freedom in a way that probably is not quite valid or accurate,” she said.

Canadian officials have been discussing the trucker convoys with allies, including the U.S.

Cohen said he firmly believes the causes of the trucker movement — and similar campaigns around the globe — are much broader and more complicated than Covid mandates.

Canadian officials have been sharing their concerns on the road.

During his six-day European visit, Trudeau spoke of the propaganda campaign deployed by Russian President Vladimir Putin to try to legitimize his full-scale invasion of Ukraine to his own people and the rest of the world.

“We have seen many ridiculous, preposterous justifications that are obviously false and irrational,” Trudeau said Friday in Warsaw, Poland as he wrapped up the four-country tour.

During the week, Trudeau announced a C$3-million commitment to tackle disinformation “around Russia’s ongoing aggression against Ukraine.”

He announced C$13.4 million over five years to renew and expand the G-7 Rapid Response Mechanism to strengthen coordination between countries in responding to threats to their democracies. The mechanism was created in 2018 to fight disinformation and misinformation.

On Friday, Trudeau recalled his meeting Wednesday with Scholz, which he said lasted a number of hours.

“It was extremely important to deepen that friendship and [work] together on things like strengthening democracy, on pushing back against misinformation and disinformation. Obviously, in Russia, but also in our own democracies,” Trudeau said. “There is a lot of work we need to continue to do together. And that was something that we spent a lot of time discussing.”

U.S. Airman Arrested In Connection With Attack At Syria Military Base

Kangaroos in India? Experts See Evidence of a Smuggling Trade

Inside the Forecast: Abortion rights bring governor races into spotlight

After strong preseason, Sauce Gardner will get first big test in Week 3

The Threat To Our Communities Comes From Anti-Abortion Laws, Not Abortion