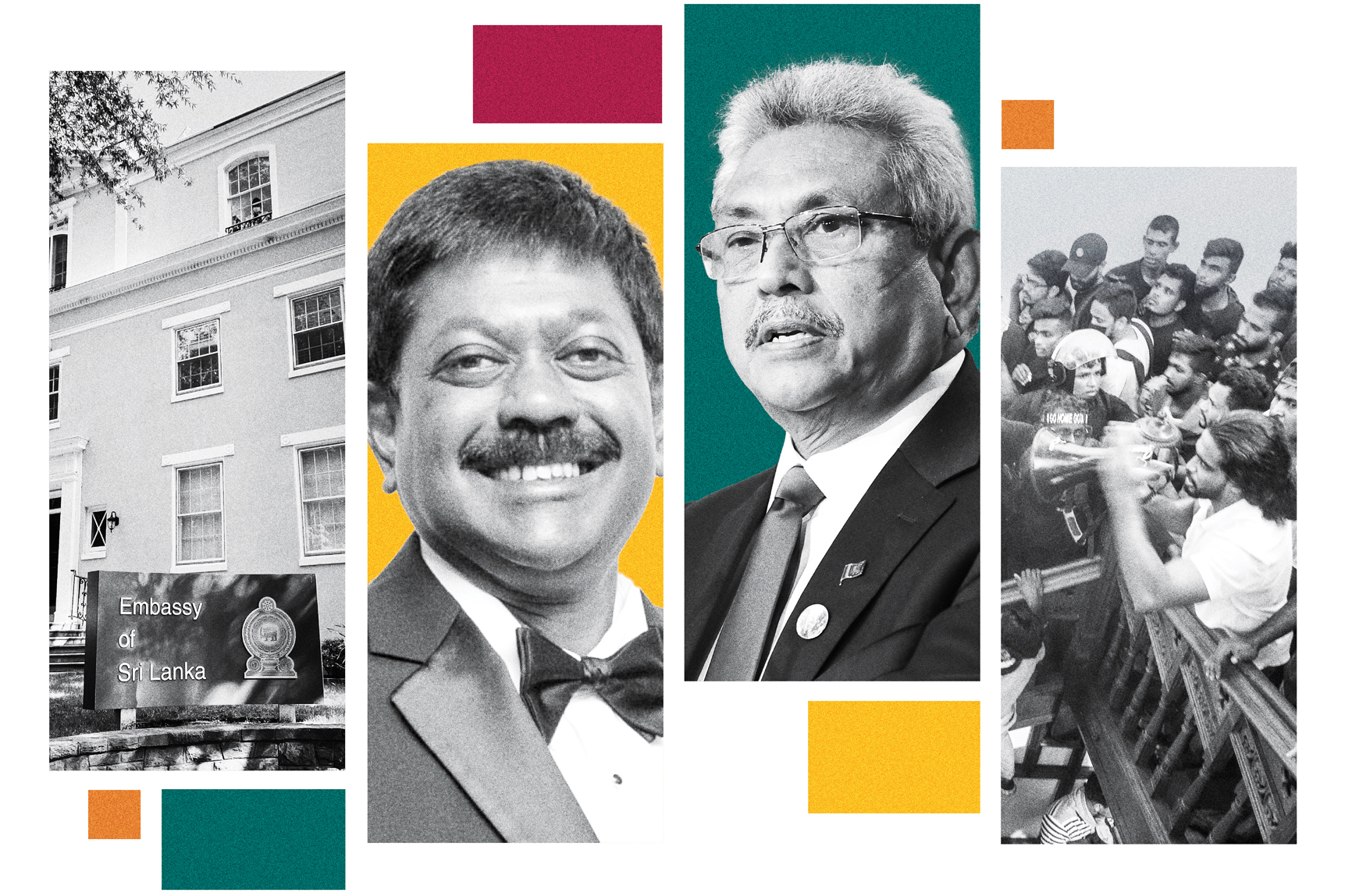 Things unraveled pretty quickly. Repeated blunderous attempts to get the title company to cut a $250,000 check to the Sri Lankan business caught the attention of authorities in both countries, who found it suspicious that the ambassador was using his personal email to direct payments. The ambassador hastily repaid the money. It was too late: Fraud is still fraud even if the loot has been returned. The Sri Lankan government, embarrassed, withdrew him as ambassador, which was welcome news at the State Department. (Losing the Washington gig wasn’t much of a punishment: According to a former senior Sri Lankan diplomat, his presidential cousin then tried to send him as envoy to Canada, something the Canadians refused.)

It all might have ended there, but in 2015, there was an election in Sri Lanka. And, in a surprise upset, the Rajapaksas’ party lost.

With the ex-ambassador’s patron out of power, investigators from both countries circled. Agents from Homeland Security Investigations traveled to Sri Lanka to work with that country’s Financial Crimes Investigation Division. Based on information shared by the Americans, he was arrested in Colombo, the capital, where he faced Sri Lankan corruption charges. But with the charges still pending, he managed to use his green card to return to the United States, ostensibly for medical treatment following a heart attack. He never went back home. The case was stranded.

Or was it? American prosecutors still believed they had the goods on wire fraud and money laundering charges. In 2017, according to diplomatic notes shared as part of the legal proceedings, the U.S. government asked Sri Lanka to waive the ex-ambassador’s immunity. The Sri Lankan government, now led by self-styled reformist opponents of his family, quickly agreed. A federal grand jury indicted him the following year. While there has been at least one famous case of a foreign diplomat winding up in U.S. custody after his home country waived diplomatic immunity — a Georgian diplomat who killed a woman in a D.C. drunk-driving accident — this case had one major difference: There was no American victim. The country the diplomat had defrauded was his own.

It’s not clear why U.S. prosecutors were so hot to trot on what was by then an old case involving a comparatively small dollar figure and money that had already been returned. At the State Department, officials typically don’t like this sort of prosecution, which other governments could theoretically deploy against Americans. On the other hand, for prosecutors, a highly connected envoy with family ties to a corruption-plagued government could theoretically give up information on fatter targets of more pressing interest to the feds.

Which wild-card team should top teams be afraid of?

How Lithuania cut its ties to ‘toxic’ Russian gas – POLITICO

Ukraine Releases Videos in Areas Claimed to Be Recaptured