A teenage gunman killed at least 19 children and two adults after storming into a Texas primary school. Here’s what we know so far.

A teenage gunman has killed at least 19 children and two adults after storming into a primary school in Uvalde, Texas, in the latest mass shooting in the United States and the deadliest US school shooting in a decade.

Here is what we know.

What happened and when?

Where did it happen? 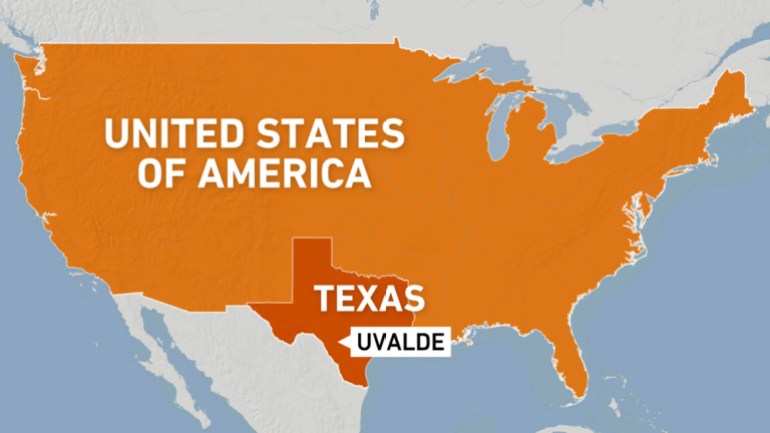 Who was the gunman?

What do we know about the victims?

By nightfall, some names of the first victims started to emerge. 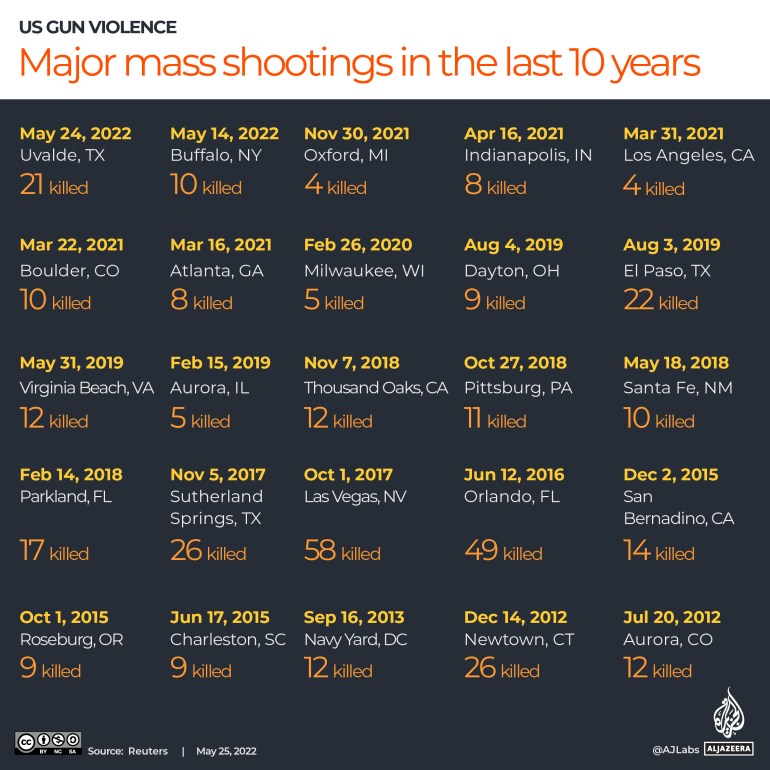 What is the latest on the ground?

What have the reactions been?

As a nation we must ask: When in God’s name will we stand up to the gun lobby?

When in God’s name will we do what needs to be done?

I’m sick and tired of it. We have to act.

Enough is enough. As a nation, we must have the courage to take action and prevent this from ever happening again. It is long past time for our country to stand up to the gun lobby and pass reasonable gun safety laws.

Texans are grieving for the victims of this senseless crime & for the community of Uvalde.

Cecilia & I mourn this horrific loss & urge all Texans to come together.

Heidi & I are fervently lifting up in prayer the children and families in the horrific shooting in Uvalde.

We are in close contact with local officials, but the precise details are still unfolding.

Thank you to heroic law enforcement & first responders for acting so swiftly.

My heart breaks for everyone affected by the horrific shooting in Texas today. I’m thinking of the parents, the families, the friends, the classmates, and the coworkers whose lives have been forever changed – Canadians are mourning with you, and are here for you.

Imagine being 9 years old, and watching your friend get shot through the nose and collapse dead in front of you.

The headline, for good reason, is the number of kids dead. But a huge part of the story, in shooting after shooting, is the lifetime of trauma for the survivors. https://t.co/4C4pVdX37E

I’m deeply saddened by the heinous mass shooting at an elementary school in Texas. It is particularly heart-wrenching that most of the victims are children.

My heart goes out to the families & loved ones of the victims and to the community of Uvalde.

Thoughts and prayers are not enough.

After years of nothing else, we are becoming a nation of anguished screams.

We simply need legislators willing to stop the scourge of gun violence in America that is murdering our children.

My statement on the elementary school shooting in Uvalde, Texas. pic.twitter.com/p3xhzDh8hf

Former President Barack Obama said, “Michelle and I grieve with the families in Uvalde, who are experiencing pain no one should have to bear.”

Across the country, parents are putting their children to bed, reading stories, singing lullabies—and in the back of their minds, they’re worried about what might happen tomorrow after they drop their kids off at school, or take them to a grocery store or any other public space.

Grief overwhelms the soul. Children slaughtered. Lives extinguished. Parents’ hearts wrenched. Incomprehensible. I offer prayer and condolence but know that it is grossly inadequate. We must find answers.

While Senator Bernie Sanders tweeted: “Congress may not be able to end this problem, but we must at least pass commonsense gun reforms to finally protect the public.”

The horrific rampage in TX once again makes clear that there are some very sick people in this country with guns in their hands who should not have them. Congress may not be able to end this problem, but we must at least pass commonsense gun reforms to finally protect the public.

2 Killed, 3 Cops Wounded In Texas By Suspect With Assault-Style Rifle And ‘Battle...

Justin Bieber Is Swimming In Oversized Grammys Suit, And Twitter Has Some Notes