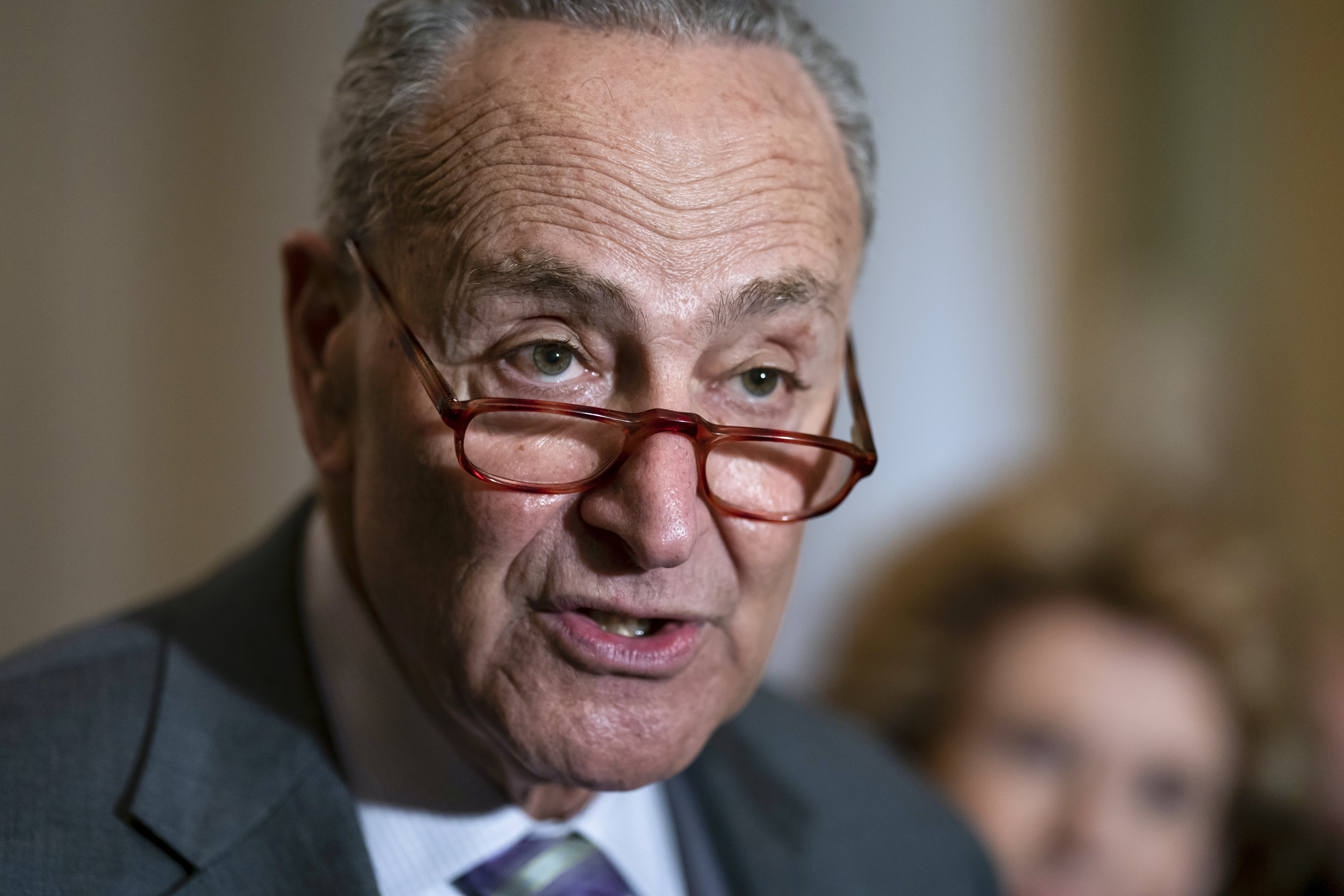 The road to final passage was especially dramatic, even for a massive government funding deal. After a group of House Democrats revolted Wednesday against rerouting pandemic aid that was supposed to go to their states, tempers flared on the Senate floor once the upper chamber fielded the bill Thursday, complicating efforts to dispatch the measure to Biden’s desk.

“It’s the same thing that happens: Schumer and McConnell and Pelosi and McCarthy sit down and slap something together and tell us to take it or leave it … We’ve seen this repeatedly. It’s like ‘Halloween 15,’” said Sen. John Kennedy
(R-La.).

But the Senate made relatively quick time for the usually deliberative body. To lock in an agreement to fast-track debate, the chamber voted Thursday night on three GOP amendments.

The Senate voted 50-49 to defeat a proposal by Sen. Mike Lee
(R-Utah) to end federal Covid vaccine mandates. The chamber also rejected 64-34 an amendment by Kennedy and his fellow Louisiana Sen.
Bill Cassidy
to provide extra assistance to aid recovery from several hurricanes that struck the Gulf Coast in recent years.

The chamber also voted 64-35 to shoot down an amendment from Sen. Mike Braun
(R-Ind.) that would bar earmarks, a practice Congress revived for the first time in more than a decade by including billions of dollars in special projects within the package. Earmarks “lead to waste and abuse,” Braun said, and “should have never been allowed back.”

Senate Appropriations Chair Patrick Leahy
(D-Vt.) defended the return of earmarks, noting new reforms to prevent corruption in the process. “If I have to speak of what’s needed for my state of Vermont, I want to be the one speaking for it, not somebody downtown,” Leahy said on the Senate floor, followed by shouts of “hear, hear!” from his colleagues.

Sen. Dan Sullivan
(R-Alaska) privately raised concerns with the wording of the bill’s revival of protections under the Violence Against Women Act, which expired in early 2019. And Sen. Rick Scott (R-Fla.) sought earlier Thursday to separate out a vote on $14 billion in Ukraine aid, arguing that would help deliver the assistance more quickly.

Sen. Jon Tester (D-Mont.) objected, leaving both legislators fuming afterward. After Tester contended that trying to change the spending bill would result in a government shutdown, Scott responded: “What the hell are we doing here?”

“The House is not in session. To say that we’re going to pass it and presto change-o, it goes right to the president’s desk? That’s not how the process works,” Tester said. “You can say that we’re blocking this aid? No, no, no, no. The good senator from Florida is blocking this bill.”

For months, Republicans refused to engage in negotiations unless Democrats buckled to their demands on controversial policy issues, like the Hyde amendment ban on federal funding for abortions. Democratic leaders largely agreed to those conditions in the end, including the abortion funding moratorium.

Senate Minority Leader Mitch McConnell
signaled he was satisfied that the bill raised defense and non-defense spending at similar amounts and did not scrap old GOP riders or add new Democratic ones.

“This agreement checks the three boxes I laid out months ago,” McConnell said Thursday. “Most urgently, amidst this war in Europe, this delivers the urgent aid the Ukrainians need right now.”

A group of conservative Republicans on Wednesday requested a budget score on how the bill might affect inflation, which is at a 40-year high, according to numbers released on Thursday.

Sen. Rand Paul (R-Ky.), though he called the bill a “terrible awful piece of crap,” said there wasn’t much he could do to stop it, other than requesting that Ukraine aid was paid for and voting no.

After the House’s last-minute tweak to the bill, Democratic leaders plan to work next week on another route to deliver the Biden administration more than $15 billion in extra funding for pandemic efforts, like moving forward on new Covid treatments, researching emerging variants and expanding vaccine manufacturing.

House Democrats rebelled against a provision that would have funded those efforts by rerouting cash previously granted to their states.

Schumer said he was “deeply disappointed” by that development. “In the weeks ahead, we must — we absolutely must — work to secure more Covid money,” the majority leader said.

Majority Whip Dick Durbin (D-Ill.) said he hoped that the two parties could resurrect a standalone Covid funding bill, though Senate Minority Whip John Thune
(R-S.D.) said Republicans would not allow it to pass if it increased the deficit.

Marianne LeVine contributed to this report.

Jim Jordan to January 6 Committee: If You Want Me to Comply, Hand Over...