‘A necessary self-purification of society will only strengthen our country,’ Russian leader says.

Russian President Vladimir Putin has called for a “self-purification” to rid his country of anyone who questions his invasion of Ukraine.

Putin went on television on Wednesday to excoriate Russians who do not back him in the attack on Ukraine, blaming NATO nations for using instigators to stir up opposition to the war.

“[Russians] will always be able to distinguish true patriots from scum and traitors and will simply spit them out like a gnat that accidentally flew into their mouths,” he said. “I am convinced that such a natural and necessary self-purification of society will only strengthen our country.”

He said the West is using a “fifth column” of traitorous Russians to create civil unrest.

“And there is only one goal, I have already spoken about it – the destruction of Russia,” he said.

The speech appeared to be a warning that his authoritarian rule – which had already grown tighter since the invasion began on February 24, shutting down Russian news outlets and arresting protesters – could grow even more repressive.

In a sign of that, Russian law enforcement announced the first known criminal cases under a new law that allows for 15-year prison terms for posting what is deemed to be “false information” about the Ukraine war.

Among those charged was Veronika Belotserkovskaya, a Russian-language cookbook author and blogger living abroad.

‘A source of death’

Since Putin ordered a land, air and sea invasion of Ukraine, independent monitoring group OVD-Info has reported more than 14,000 arrests in connection with anti-war actions, according to its website. Of these, more than 170 people were remanded in custody.

Russia has demanded that NATO pledge never to admit Ukraine to the alliance or station forces there.

Earlier on Wednesday, Ukraine President Volodymyr Zelenskyy went before the US Congress via video and, invoking Pearl Harbor and the September 11, 2001 attacks, pleaded with the United States for more weapons and tougher sanctions against Russia, saying: “We need you right now.”

Zelenskyy added Russia “has turned the Ukrainian sky into a source of death”.

He also decried Western sanctions against Moscow, accusing the West of trying to “squeeze us, to put pressure on us, to turn us into a weak, dependent country”. 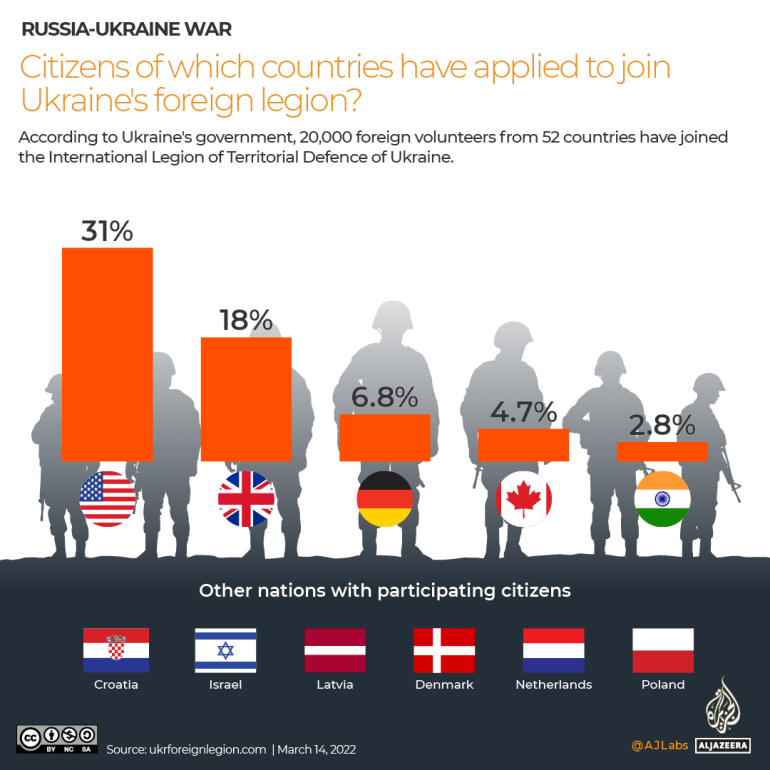 We are not Ukraine, so they will not support our resistance | Israel-Palestine conflict

Nelson Cruz’s motivation to return to MLB in 2023