As the Russia-Ukraine war enters its 26th day, we take a look at the main developments.

These are the key events so far on Monday, March 21. Get the latest updates here. 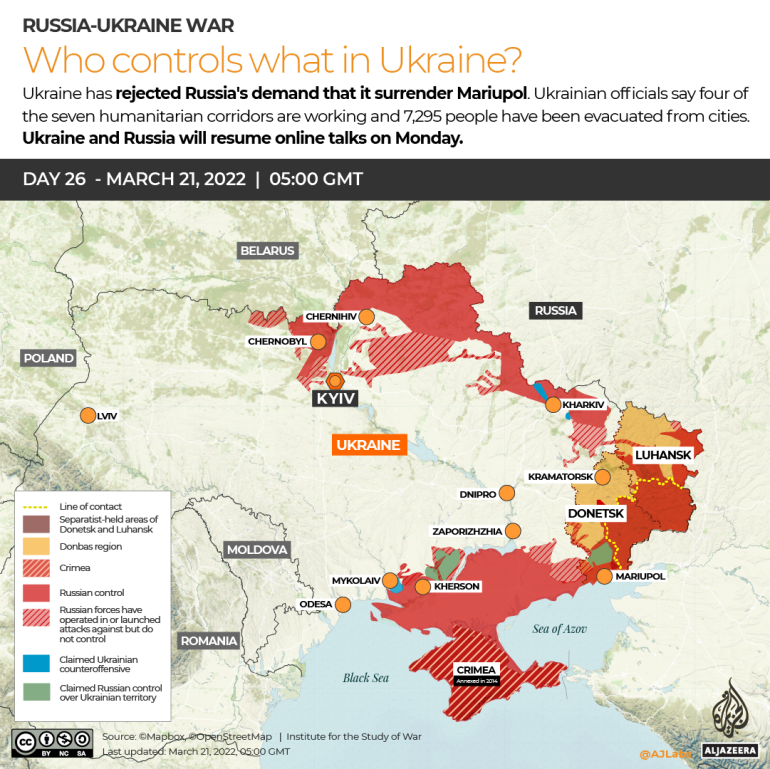 You can read key moments from Day 25 here.

Authorities in Mykolaiv Search for Informers Helping the Russians

The Warriors’ dynastic ethos is back in place

A Little Hong Kong in London

Jakob Chychrun, Christian Fischer will not return this season