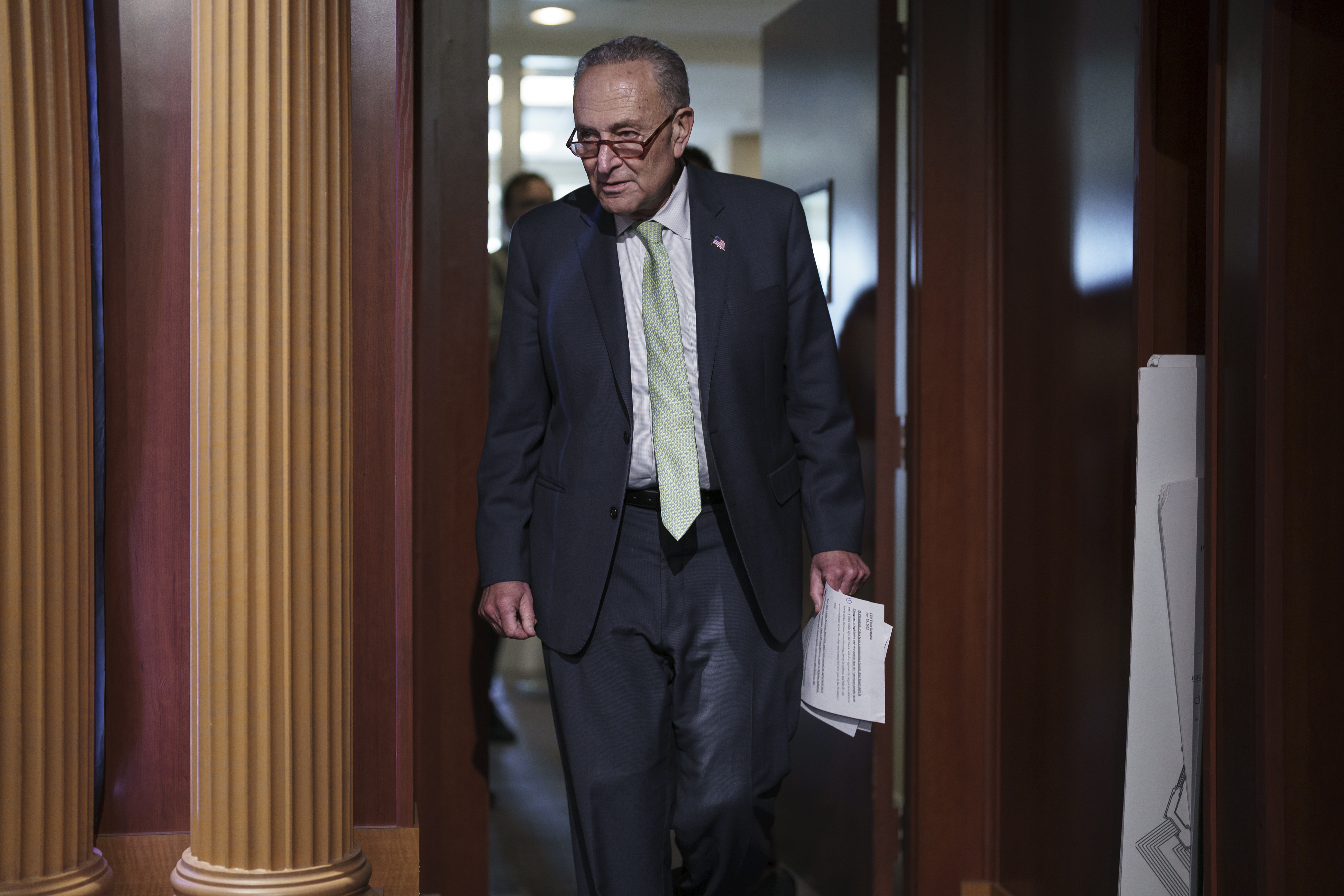 “We just learned that the economy just shrank for the second quarter in a row. Prices are going through the roof for families and employers. Now, some in Washington want to move forward with a new tax on private investment that will hurt jobs, pensions, and small businesses,” said Drew Maloney, president and CEO of the private equity industry association the American Investment Council.

Industry lobbyists don’t have much time to fight the measure. Democrats are racing to pass the bill before they break for the summer recess after next week.

“We’ve had a pretty good flow of intel about how Manchin feels about this for many months now,” said one industry advocate who requested anonymity to speak openly on the new bill. “We did not anticipate this happening yesterday nor did we anticipate carried interest being included.”

The paring back of the tax loophole could hit the industry at a uniquely challenging time in its history.

Private equity has long benefited from low interest rates that pumped up the size of their deals, amplified their returns and made it easier to raise money from public pensions and sovereign wealth funds. Rising rates will make it much tougher to sell the businesses they bought through their investment funds — particularly for those who larded up their portfolio companies with cheap debt during the boom times.

What’s more, the Securities and Exchange Commission is pursuing a new rule that would compel private fund managers to provide regular updates on the fees and expenses they charge their fund investors — and prevent them from diverting money from their portfolio companies to swell their own balance sheets.

Carried interest refers to the private equity firm’s share of whatever investment returns are generated by their portfolio companies. The traditional compensation model entitles executives at those firms to 20 percent of the earnings — even though about 95 percent of the capital used for those investments usually comes from outside investors.

Many Democrats, as well as some Republicans, have argued that the carried interest generated by fund managers often resembles income because they’re not putting much of their own capital at risk.

Notably, most private equity firms also compensate their executives and staff with an annual management fee charged to fund investors — which is equal to about 2 percent of what’s been committed to the fund — as well as through oversight, transaction and advisory fees that can be charged to their portfolio companies.

Private equity groups contend that the current structure encourages investment and have fought repeated attempts to change the tax code.

“Alternative asset managers, including hedge funds, crossover funds, and private credit funds, manage $1.5 trillion on behalf of pensions, foundations, and endowments,” Managed Funds Association President and CEO Bryan Corbett said in a statement. “This proposal would punish entrepreneurs in investment partnerships by not affording them the benefit of long-term capital gains treatment.”

The Trump administration’s 2017 tax overhaul made it slightly more difficult for certain private fund managers to enjoy the lower capital gains rate — changing the minimum amount of time a fund would have to hold its investment from one year to three years. But tax experts say that had little effect on encouraging longer-term investments.

Under Manchin and Schumer’s deal, private funds would have to hold their investments for at least five years and wouldn’t be able to start the clock until they hit technical thresholds. That change would generate just $14 billion to pay for the bill’s $739 billion price tag.

Even so, industry organizations are already making a push to convince Sen. Kyrsten Sinema, the Arizona Democrat who opposed earlier efforts to raise corporate taxes, to bat down the provision.

“She doesn’t have [a] comment — she’s reviewing the text and will need to review what comes out of the parliamentarian process,” Sinema spokesperson Hannah Hurley said in an email.

Tax fairness activists who have spent years pushing for changes to carried interest’s tax treatment have also descended on Congress. Morris Pearl, a former BlackRock executive who now leads the pro-tax group Patriotic Millionaires, said in an interview Thursday that he was already in the Hart Senate Office Building for meetings with Democratic lawmakers to rally support for the bill.

“I don’t understand why they think they should pay lower rates than anyone else in the country,” he said. “We’re cautiously optimistic over here.”

How we remember them: My grandmother’s dining room set | Arts and Culture