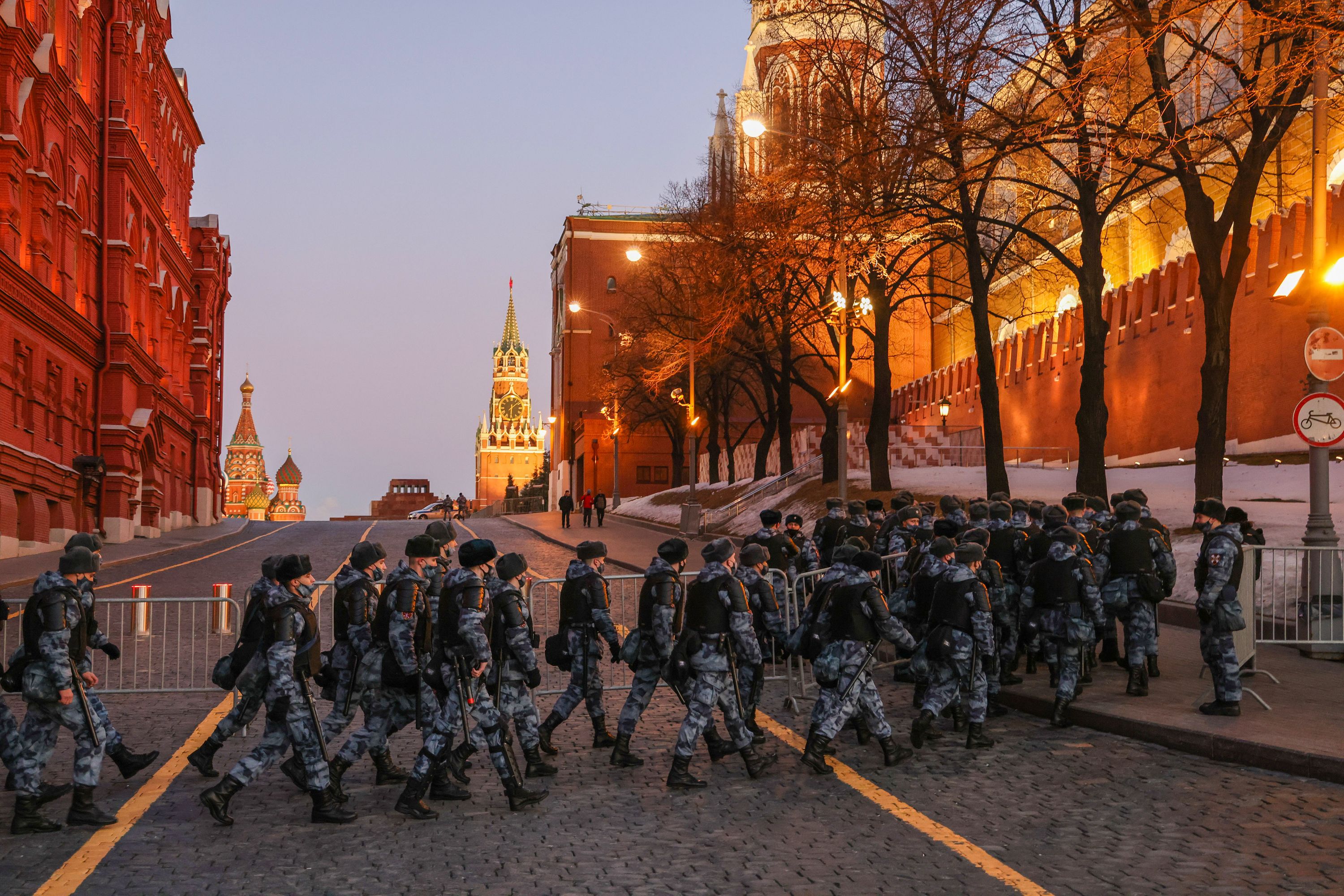 “I understood the best way to act against Putin’s regime would be my emigration from Russia,” one Russian emigrant told the BBC. Another added, “The only way we can protest is to leave the country, take our skills and money with us. Almost everyone in our circle has made a similar decision.” Yet most European countries and the U.S. have banned direct flights from Russia, so almost everyone fleeing must leave by land to neighboring countries. Many more would leave if only the U.S. would let them come here.

These Russians’ instincts — that emigration will harm Putin — are right. And the U.S. should want this phenomenon to increase. It should particularly target Russian military officials and soldiers to get them to give up the fight by offering streamlined access to U.S. refugee or humanitarian parole status.

The U.S. could publicize cases of defections and move quickly to bring them here, taking advantage of the fact that many Russian soldiers, especially those who were conscripted, have no devotion to Putin’s crusade. Resettling in the prosperous and peaceful U.S. may be far more attractive to a Russian soldier than fighting a pointless war of conquest. Sowing chaos and mistrust among the Russian forces could help with Ukraine’s defense by encouraging invading soldiers and officers whose morale is already quite low to defect. If Russians do cross the battle lines, they may also be able to provide some useful intelligence to Ukrainian forces. For instance, they could deliver access to battle plans and other logistical details or even provide names and locations of other Russians who are similarly dissatisfied with the war but have not found an exit.

There is a historical precedent for this. The U.S. used migration during the Cold War in its confrontation with the Soviet Union. Burton Gerber, a former senior American intelligence officer, explained how Soviet refugees were often used to recruit more defectors and spies. “Sometimes we were asking them for the names and numbers of friends and colleagues, family members,” he said. “Then we would use the refugee to … [get] a secure message across to the target to come over here and be interviewed and then possibly recruited.”

While some might worry that Russia could use a resettlement program to send their own spies to the U.S., Cold War analysts understood that the advantages of refugee resettlements outweighed the very small risks. Someone resettled in the U.S. working a private sector job on a, let’s say, North Dakota oil rig has little to offer the Russian regime even if they wanted to help — which, if they defected, they almost certainly do not. Even if they cross enemy lines to provide battle plans or details on other possible defectors, the opportunity for gaining any actionable intelligence for Russia would still be minimal.

If Russian defectors and Ukrainian refugees both come to the U.S., we should not expect a continuation of conflict between them here, even putting aside their presumed common opposition or at least ambivalence to Putin. Groups in the U.S. with ties to historic conflicts abroad — Sunni and Shia Muslims, Pakistanis and Indians, Israelis and Palestinians, Ethiopians and Eritreans, Chinese and Taiwanese, and many others — tend to leave their fights abroad. Peaceful life in America is better than war.

Showing that peaceful co-existence of Russians, Ukrainians and Americans is possible may even give Putin greater pause about a nuclear escalation against the U.S. If Russians know that fellow Russians — their family members and friends — are making their home here, they may find the prospect of annihilating them too repulsive for Putin to even suggest without potential fallout.

But this strategy will only work if Russians can find safety away from Putin quickly. Fortunately, there’s a path for that. The Biden administration will have to expedite the process for Russians like it did for Afghans fleeing the Taliban during its initial evacuation. Like then, it should involve the U.S. Department of Defense in expediting the vetting. The Defense Department has a presence in Poland and elsewhere in Europe to act as staging sites for processing.

The administration should also rely on Customs and Border Protection as the primary immigration agency, as it did during the initial Afghan evacuation. Since then, the processing of Afghans has ground to a halt after processing switched to the inefficient U.S. Citizenship and Immigration Services, which is so antiquated that it still relies on paper form applications. CBP can provide travel authorization and process electronically in much less time.

The administration should also waive its Covid-19 vaccination requirements for Russian defectors. Only about half of Russians have received the vaccine. There is not time to become fully vaccinated during this crisis, but the administration can still require them to fulfill the rules after arrival. The administration has already taken exactly these steps for some Ukrainian visa holders, but only if they are traveling with a U.S. citizen or lawful permanent resident.

The U.S. has no responsibility to win the war for Ukraine, but it does have a responsibility not to make the crisis worse. While the United States cannot put out every fire around the world, including the situation in Ukraine, it can and should keep the fire escapes open. In addition to accepting Ukrainians fleeing from danger, it should give Russians an alternative to supporting Putin.

Climate change gets ‘highest priority’ in US, Pacific agreement | News

I Was So Scared Of Flying, I Couldn’t Set Foot On A Plane. Here’s...