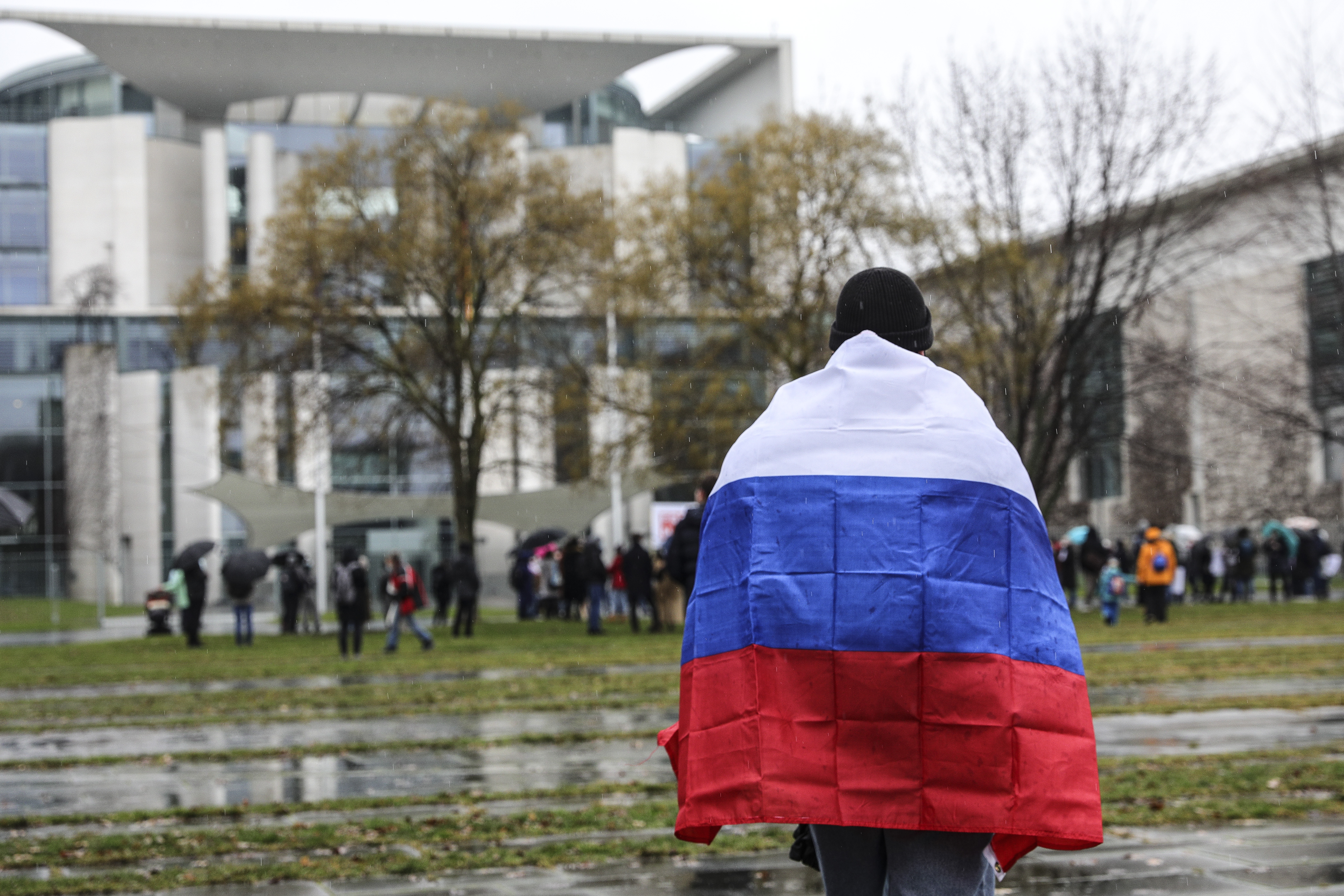 But so far, this kind of effective information warfare hasn’t reached what may be its most important target, the Russian people. And that’s important because only Russians can end this nightmare.

Putin must be convinced to stop this war. He’s unlikely to come to that conclusion on his own, so those around him must compel him to do so or send him into early retirement. The chances of this happening increase substantially if it becomes clear the Russian people have turned against him. Putin may be an autocrat, but the system he has built requires that he appear to be popular. If he is seen to lose the support of the Russian people, he will lose his legitimacy.

Our diplomats, soldiers and spies are undoubtedly working hard on this challenge. But my experience working on Russia issues in U.S. intelligence also tells me we cannot afford to wait for them to sort out the interagency, interdepartmental, technological, legal, budgetary, diplomatic and political processes that preoccupy bureaucracies, especially in democracies. What’s more, the information battlefield has changed through the Internet, social media and other innovations that give ordinary people important communications tools.

It is imperative that Russians awaken to the truth of this war in days or weeks, not months, before the outrage over accumulating atrocities compels democratic governments to directly enter the fight. If that happens and America and NATO start killing Russians, the danger isn’t just spiraling escalation that carries the risk of civilization-altering consequence. It’s also that it will be too late to convince the Russian people that they are being ill-served by Putin and the Russian government, and instead they will rally behind him.

So to stop this war, citizen open-source intelligence investigators, NGOs, nonprofit media specialists, benevolent hackers and influencers inside and outside Russia need to self-organize and collaborate to carry the truth to ordinary Russians on a large scale, and fast.

Here are some ways to do that.

Work with Russians. Those taking up this challenge must make common cause with Russians who stand ready to help. They may not be the majority, but they are many, and their assistance will be essential because they know their countrymen best and can help find inventive ways to penetrate Russia’s constricted information space. The large Russian diaspora can play an important role since they possess innumerable lines of communication back to their homeland that could form the foundation of a grassroots campaign. Russians living in Ukraine or who have recently fled would be especially authoritative because of their firsthand exposure to the war’s horrors. Their stories must be heard inside Russia. Now is also the time for respected Russian celebrities and public figures to step up. This will take courage, but where Volodymyr Zelenskyy has shone as an example for Ukrainians, Alexei Navalny proved that Russians can be no less brave. Russians must play a major role in this effort because the objective is not just to save Ukraine and the world, but to save Russia’s soul.

Innovate and Spread Ways to Evade Internet Controls. Activists and media organizations are already exploring methods to circumvent Russia’s throttling of social media and internet-enabled news sources, for example by expanding VPN education and availability. But more can be done. Those who take up this challenge should establish discreet discussions where they can coordinate their efforts without betraying aspects that would allow Russian authorities to counter them. This is particularly important to make sure the younger generation of Russians, who rely on the internet for news and communication, retain their connection to the outside world.

Think Beyond the Internet. Russian authorities are steadily restricting internet access, and there has even been discussion of Russia removing itself from the global internet altogether. Moreover, the Russian demographic that most needs convincing is the older generation that does not rely on the internet for its information. Reaching them will require more than just internet-enabled methods. Radio, such as Voice of America and the BBC Russian service can play a role here, as can old-fashioned phone calls. Maybe smuggled flash drives, as used in North Korea. And for this more traditionalist group, content and tone will be just as important as the medium. Russians will best understand how to handle this.

Organize and Coordinate. While mainly a grassroots affair, building an organizational nexus for coordination of these efforts would be useful. Bellingcat, a pioneer in OSINT, has garnered much respect through the professionalism and impact of its work. And although its members are now largely working from exile or prison, the Russian Anti-Corruption Foundation founded by Navalny has a track record of reaching mass audiences inside Russia. Collaboration between such capable outfits, one focused externally and the other internally, could provide a formidable organizational nucleus for an undertaking of this sort.

Putin has made some astonishing blunders in this invasion. One was allowing his thinking to become infected by his own propaganda about Russia’s quasi-mystical destiny, military might, and the supposed craven weakness of Ukraine and the West. A pusher of falsehoods, Putin made the rookie dealer mistake of getting high on his own supply, fatally compromising his rationality.

But his biggest miscalculation was that as a disciple of centralized state authority he expected the war to be waged between governments, armies and intelligence services. He did not calculate that when you attack democracies it is not merely the reaction of their governments you must consider, but the self-actuated response of their vibrant and creative civil societies.

This first manifested itself in the overwhelming rallying of the Ukrainian people behind their country’s defense, followed by an explosion of excellent OSINT reporting and analysis that completely eviscerated his scripted narrative about the war. Those who led this OSINT revolution can expand their work by joining like-minded Russians to bring the truth to the rest of the Russian people.

I’m sure there are more ideas than those I’ve proposed and I do not presume to have all the answers. But I am confident that talented and inspired people inside and outside of Russia can unite to find ways to do this. Sharing credible Russian voices from ordinary people, trusted celebrities, and public figures will be key, as will innovating high- and low-tech combinations for sharing them.

If it succeeds and the tide of Russian opinion turns against the war, I believe the appropriate people in Russia will find a way to end it. Do not wait for your governments to do this for you. Do it yourselves.

US business activity contracts in July for first time in 2 years | Business...

Kyrie Irving has made decision about future with Nets?