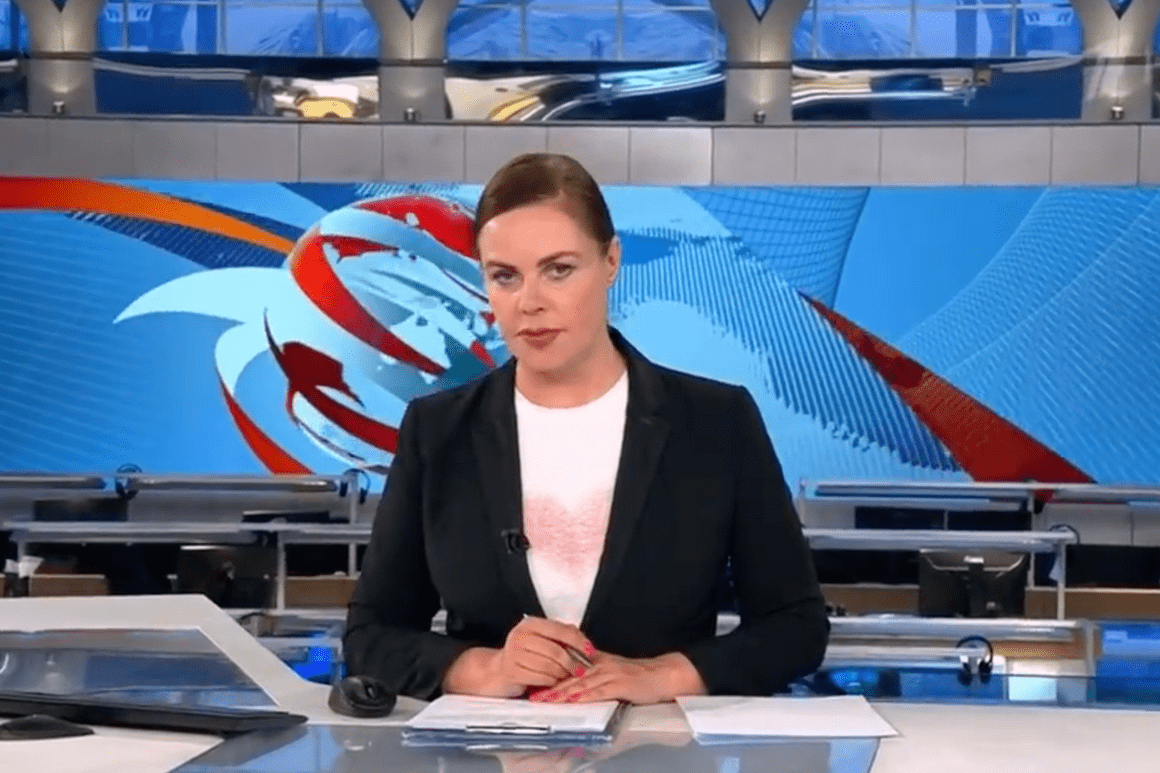 So for the past few weeks, I’ve turned back to monitoring Vremya every night at 9 p.m. Moscow time. I’ve been watching it frame by frame — not so much for signals of what’s happening in Ukraine, but for what is becoming of Russia.

The signals have been contradictory. On the surface, Putin appears to be doubling down on his mission in Ukraine. On Wednesday night’s broadcast, he delivered a speech for over 30 minutes that repeated his accusations that Ukraine has become a “beachhead” for the West’s aggression against Russia, and that his “special military operation” is only taking defensive actions it needs to protect its own security and the Russian-speaking residents of Ukraine.

But beneath the surface, there are signs that the Kremlin’s posture is shifting. These shifts can be seen in changes of language and emphasis, particularly when compared to the messaging of the previous weeks. And they can be seen in the choice of topics; on Thursday, suddenly Putin was focused again on the status of Crimea despite the fact that its annexation has long been considered a done deal in Russia.

Taken together, these shifting messages suggest that at least on some level, Putin understands that all is not going well for Russia, and they may even point to ways that Russia might be beginning to look for a way out.

Here are seven things I’ve observed in the last week.

1. Lack of cohesion in terminology.

Three weeks ago, at the beginning of the invasion, the Russian airwaves were filled with triumphalist rantings about the inevitable Russian “victory” over “fascist” or “Nazi” Ukraine. But in recent days, the term “Nazis” is employed less to describe Ukrainians, in favor of “neo-nationalists.” There is little discernable pattern; the language seems to shift without any strategy.

There is also less mention of whether Ukrainians are a “real” nation or not. Putin has for years poured scorn on the very idea of Ukraine, citing centuries-old arguments and shibboleths. This suggests that Putin may be dialing back his demonization of Ukrainians.

Most nights, Putin is shown conferring with his advisers, who appear on a bank of TV monitors in front of him, with no advisers present. But on Tuesday, for instance, not a single member of Russia’s National Security Council was shown on the bank of TV monitors in whatever bunker Putin is holed up in. All of them seem to have either taken impromptu vacations — or simply been banished. The last time there was any fresh footage of Putin’s Cabinet ministers was last Saturday.

This includes Defense Minister Sergei Shoigu, who previously had been prominently featured on state TV. Shoigu, who has always come across as very level-headed, has been absent for days. This may suggest that he is being set up to be a scapegoat, if and when Putin needs one.

3. Putin is worried about the economy.

The West’s attention has mostly been directed to the bellicose first half of Putin’s speech, but the entire second half was devoted to Russia’s economy. Putin took pains to outline the financial support that will be made available to Russian families, including beefed-up child allowances, and extra financial support for Russian businesses. In the place of his security advisers, Putin was shown with the heads of far-flung Russian regions such as Buryatia, Kaliningrad and Tatarstan in an apparent effort to signal that he is addressing the financial pain that international sanctions will have in all parts of Russia. This wasn’t the first time Putin has devoted significant time on the domestic news to Russians’ financial hardships.

4. Russia is claiming that the Ukrainians have inflicted the worst damage on themselves.

Several days ago, Russian state TV alleged that Ukrainian forces in the southern city of Mariupol had bombed their own maternity hospital. On Wednesday, they claimed that Ukrainian Neo-Nazis had bombed that city’s drama theater, reducing it to shards of concrete and twisted metal. Both attacks, of course, were conducted by Russian forces.

The fact that state TV is trying to deflect the blame for these attacks for the benefit of the Russian domestic audience suggests that they recognize that these attacks will not be well received at home, much less abroad. After all, Mariupol, with a pre-war population of 400,000, was at one time 85 percent Russian-speaking, a fact many Russians will know.

5. Putin is laying the groundwork for the use of biological or chemical weapons.

In his Wednesday speech, Putin repeatedly alleged that the West was using Ukraine to make and stockpile biological and chemical weapons — and even, potentially, nuclear weapons — for use against Russia. There has been increased emphasis on this in recent days. Russian propaganda frequently asserts that an enemy is making moves that Russia itself intends to take, which has the effect domestically of shifting blame for such a step on the enemy instead of Russia. This suggests that if Putin decides to escalate in coming days or weeks, use of biological, chemical or battlefield nuclear weapons may be his plan.

6. Putin is shifting the goal posts.

For the last few days there has been a gradual shift of emphasis away from Kyiv and the Ukrainian government — in fact, Kyiv is now rarely mentioned much if at all. During his Wednesday speech, Putin pointedly claimed that Russia never had a plan to capture the Ukrainian capital, Kyiv, even though at the start of the invasion he made clear that he was seeking to control all of the country and Russian artillery has been relentlessly shelling residential areas of the capital for days.

Instead, there has been a renewed emphasis on the necessity of “liberating” the coal mining area broadly known as the Donbas and protecting annexed Crimea and allowing Russian speakers there to freely speak Russian. On Thursday, Putin made an address from an unknown location dwelling at length on Crimea, promising the annexed region social support and road construction. Why the Kremlin chief would suddenly focus on Crimea is strange, since it supposedly is a solidly Russian area whose annexation, at least inside Russia, isn’t in question.

He has several times also mentioned the importance of “neutrality” for Ukraine. Taken together, these shifts may be a signal that Putin is no longer seeking to control all of Ukraine and could accept a settlement of the conflict that instead focuses on the status of Crimea and the separatist regions in eastern Ukraine. The fact that the broadcasts tend to mention ongoing peace discussions between Russian and Ukrainian officials also suggests that Putin hasn’t entirely given up on diplomacy.

Many observers have noted that Putin looks puffy and unwell. On Wednesday there was an episode that also suggested that Putin is off his game — about 20 minutes into his speech, his language deteriorated into a ramble. He searched for words, repeating a term roughly similar to “you know.” It then became a diatribe, punctuated with uneasy pauses, even poor use of Russian, full of unnecessary conjunctions and jargon. The clip of Putin’s speech that was posted later on YouTube edited out this section of the broadcast.

To be sure, these are contradictory signals and messages coming from the Kremlin through the state news broadcasts. They are alternately reassuring and alarming: The optimist might be gratified by mention of peace talks and fewer uses of the term “Nazi”, but the pessimist is right to be alarmed that Putin appears to be more isolated than ever and making decisions on his own — even as he toys with his WMD.

But whether the viewer is an optimist or a pessimist, it is at least clear that things are changing inside the Kremlin, that Putin is anxious, that he’s changing tactics, and he’s preparing his domestic audience for those changes. To figure out whether that means more war or some kind of peace — stay tuned.

With a Neutral Stance on Ukraine, Viktor Orban Pulled in Voters

Drake London could be fantasy sleeper

Concerns rise as a U.S. reimbursement fund for testing and treating the uninsured for...