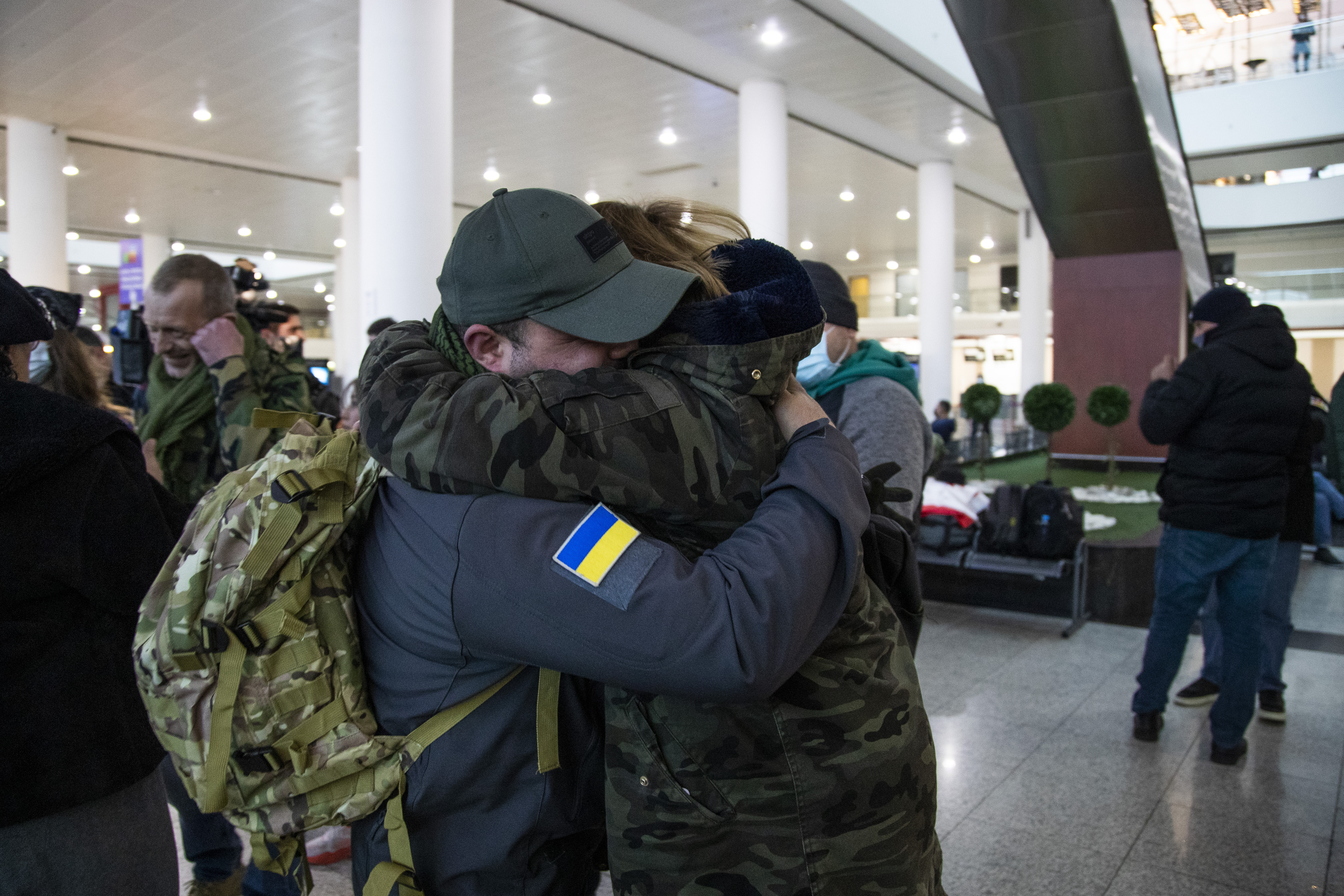 Several leaders have even offered an outright endorsement for their citizens to fight Putin by proxy in Ukraine. U.K. Foreign Secretary Liz Truss voiced support for Britons going to fight in Ukraine because those fighting Russians are “fighting for freedom and democracy not just for Ukraine but for the whole of Europe.” Danish Prime Minister Mette Frederiksen said “It’s a choice that anyone can make. This goes for all Ukrainians who live here, but also for others who think they can contribute directly to the conflict.” Some Danes don’t have to be asked twice.

As noble as the impulse may feel in the moment, recent history suggests that volunteer warriors’ support could lead to a host of unintended consequences that could complicate the overall picture of whatever good they do.

Foreign fighting is far from a new phenomenon. In the modern era, the world has witnessed several instances of foreign wars that have attracted overseas volunteers. That includes conflicts in Afghanistan (twice), Bosnia, Chechnya and Iraq, with mobilizations that varied in size, from several hundred to tens of thousands. Part of our own expertise here is on the Syrian uprising against Bashar al-Assad and the emergence of the Islamic State. Although ISIS recruitment is far different from Ukraine’s appeal for help against Putin, the sheer volume of recruits — between 2011 and 2016, nearly 40,000 people traveled from more than 110 countries to join the war — brought the risks of foreign fighters into sharp relief.

Terrorism incidents and deaths often rise markedly in conflict settings. And later on, the fallout can be perilous for countries around the world as traumatized fighters return home. In Ukraine, particularly, foreign leaders’ expressions of support for their citizens’ travel could be used by Russia as evidence that NATO and its allies are actively engaged in the fight.

The shock and horror at Russia’s invasion and willingness to adopt a scorched earth approach in Ukraine has understandably mobilized those seeking to support Kyiv. Volunteers have reportedly been assembling rapidly, at a far faster rate than even in 2014 in Syria and Iraq — the last major episode of an influx of foreign volunteers.

Here are a few of the risks for the fighters and their home countries:

— The types of volunteers coming will vary widely, with the potential for different kinds of fallout. Some of those heading to Ukraine may be experienced combat veterans, but many civilians are traveling with little training or awareness of the laws of war to guide their conduct, and they may face further danger. Meanwhile, once recruitment networks and logistical pipelines to deliver fighters are established, it is possible they could be used by bad actors to send violent extremists directly to the battlefield.

— Foreign fighters can generally increase the duration and lethality of conflicts. In Ukraine, it is still early to fully appreciate what impact foreign fighters will have on the battlefield. But the more external actors become involved in a conflict, the longer and bloodier conflicts can become. In some cases, foreigners can hijack the initial cause, imposing more transnationally-focused objectives onto a conflict that was heretofore local. In Chechnya, the influx of jihadi foreign fighters turned what was a nationalist cause into a religious one, thus handing the Kremlin an easy propaganda victory. Assad similarly used the presence of foreign fighters in Syria to label all regime opposition as jihadi terrorists.

— Combat of any type creates more battle-hardened people. While most won’t cause any trouble upon returning home, there will be an array of likely needs for foreign fighters, including rehabilitation and reintegration initiatives, with support provided for mental health challenges like post-traumatic stress disorder. Some people may hold grievances toward their own governments if they feel not enough was done to help Ukraine or have been exposed to the far-right ideology maintained by some in the Ukrainian resistance. As terrorism expert Daniel Byman recently observed, “the conflict zone may lead idealistic foreigners to become indoctrinated with more radical ideologies: they go to oppose one foe, but in the war zone they mix with other radicals and come away more radical and more networked.”

As the Ukraine conflict draws more volunteers, the experience of recent wars suggests that there are several legal and practical issues arising from the flow of volunteers to Ukraine that states will need to consider early on.

Governments should put out clear guidelines and information regarding ways that volunteers can sign up for officially established organizations; they should offer some basic information about international humanitarian law and the laws of armed conflict to guide civilians; they could set up a registry for those traveling and consider setting up helpline numbers for those who need help returning; and they could proactively offer guidance of how to make a positive contribution through their own communities and in their own countries without having to travel abroad.

After the rise of the Islamic State in 2014, the U.N. Security Council adopted sweeping resolutions (2178 and 2396) that called for efforts to prevent the recruitment and travel of foreign terrorist fighters. Many states implemented new policies in response, and questions remain about how such measures relate to issues surrounding international humanitarian law.

On a tactical level, previous policies enacted to prevent foreign fighter travel to conflict zones — the use of biometrics, passenger name record and advanced passenger information — could be useful in keeping records of individuals who are traveling to facilitate returns or other engagement if needed. Given the widespread uniformity with which Western countries have agreed to combat Russia, it seems likely that cooperation in these other areas would be feasible.

It is still early days since Russia’s assault on Ukraine, but already the number of interested volunteers to support Ukraine is significant and it only takes a few days for individuals to mobilize to travel. If predictions of a long and brutal battle are correct, the outflow may continue to expand and evolve. States need to start thinking now about the needs and risks to them and their citizens before they’re blindsided.

Vacations Abruptly End as Tourists Return to a Different Russia

Activist sets court, self on fire at Laver Cup

Adam Wainwright positive for COVID, but has ‘zero symptoms’

Uvalde Cops Assumed Classroom Door Was Locked, Didn’t Even Try To Open It