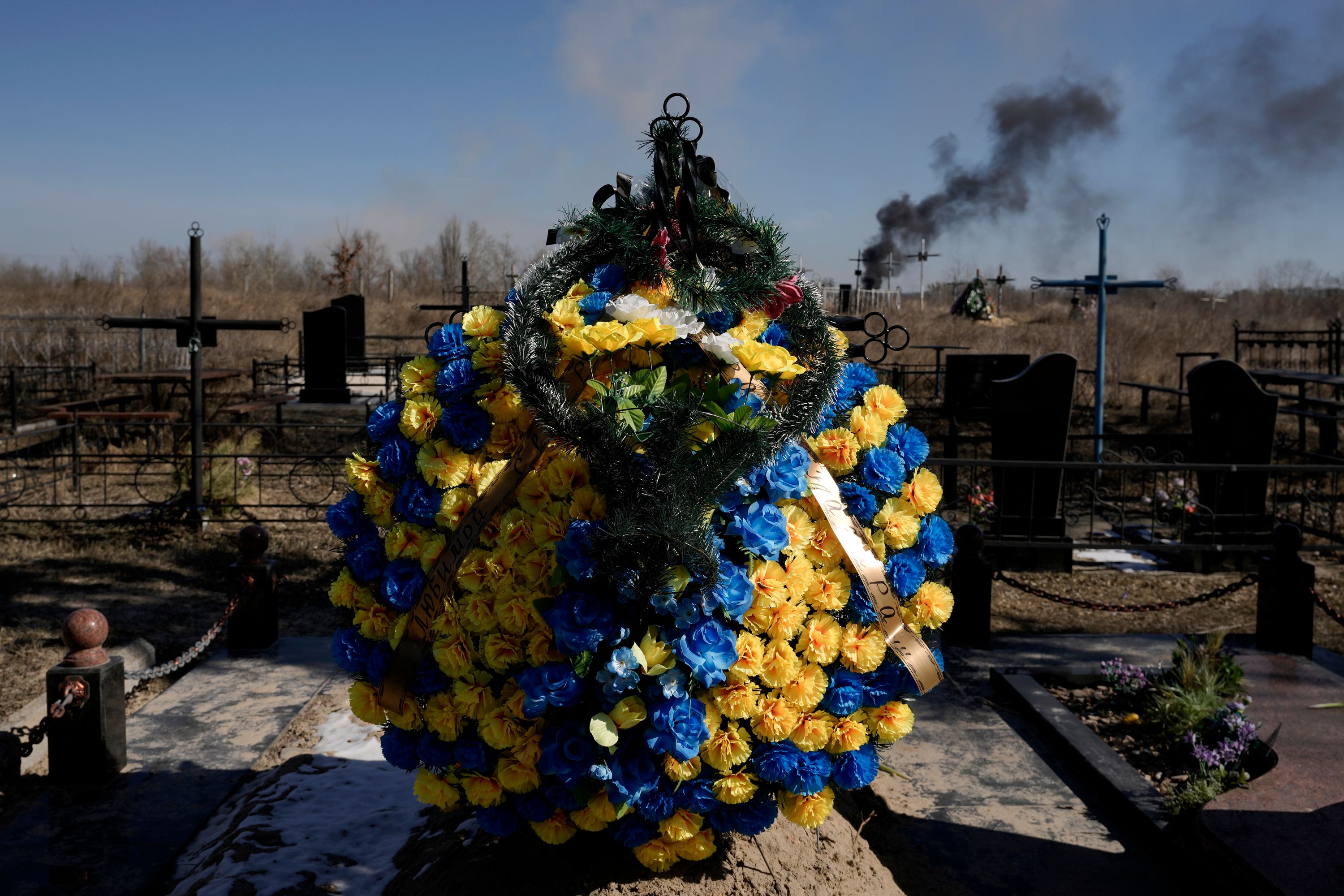 If there is an acceptable diplomatic formula to end this war, it would need to involve some secure form of Ukrainian neutrality and an open path for Ukraine toward its democratic and economic aspirations in the European Union.

Most proposals involve commitments for Ukraine to never join NATO or to commit not to do so for some specified time. That may be acceptable to Russia, but would leave a de facto neutral Ukraine without any reassurance in the aftermath of a devastating invasion and no obvious way to pursue an economic and political alignment with the West.

But there’s a present-day model for this kind of balancing: Austria. As part of a deal to end Allied occupation in 1955, the Soviet Union recognized Austria’s sovereignty and Austria pledged permanent military neutrality — it would not join NATO, and it would not allow foreign troops to be stationed on its territory. But at the same time, Austria was free to chart its own economic and political course. That deal has held to this day: Neutral Austria joined the European Union in 1995, including, subsequently, the Union’s Schengen free travel area and the eurozone.

Ukraine’s position is not analogous to Austria’s then — it is actively under attack by Russia, not occupied, so the diplomatic course would need to be different.

A possible way ahead for negotiators would be the concept of “guaranteed neutrality.” While more a construct of 19th century diplomacy, guaranteed neutrality could reconcile Russia’s need for Ukrainian neutrality with Ukraine’s need for security. As the core of a diplomatic settlement, Ukraine would declare itself neutral and key external powers including the United States, major European states and potentially China would commit to protect this neutrality.

A neutrality guarantee is different from a military alliance. The guaranteeing powers commit themselves to preserving the neutrality of the country in question but do not engage in military cooperation and joint planning and all the other trappings of alliance.

To be meaningful, a neutrality guarantee would need to go well beyond the 1994 pledges of respect for sovereignty made in Budapest in return for Ukraine’s nuclear arsenal. There the signatories merely committed to seeking “immediate UN Security Council action” in case of violations. By contrast, NATO’s Article 5 provides a tripwire for military intervention in the case of attack on any member. Ukraine is unlikely to receive an Article 5-style commitment, even if its resilient defense is now much admired. Instead, its neutrality would be guaranteed by the same tools of statecraft brought to bear following February’s invasion — severe economic sanctions and military aid short of combat intervention.

A neutrality guarantee should normally be provided by all external powers involved, which in Ukraine’s case would mean Russia. As a construct to help stabilize Ukraine in a negotiated settlement to the Russian invasion, however, involving Russia in the guarantee may not be feasible because Ukraine could fear the guarantee would lend itself as a pretext for a future intervention. Instead, Russia’s role in a possible treaty would be to recognize Ukraine’s guaranteed neutrality as providing sufficient security assurance to Russia. Other great powers, especially China, could also play a responsible role in bringing about an end to the war by guaranteeing Ukraine’s neutrality with appropriate means of its choosing.

While the neutrality treaty would prevent Ukraine from joining a military alliance, the pact should explicitly require Russia to recognize Ukraine’s democratic and economic aspirations toward joining the European Union. Some observers argue that a democratic and potentially prospering Ukraine in the European Union — along the lines of Austria — would likely be unacceptable to Moscow, pointing to Russia’s 2014 invasion as a response to Ukrainian moves toward Europe.

As a way ahead for diplomacy, negotiators should take Russia’s security argument at face value and address it by means of a guaranteed neutrality for Ukraine. Without a path to the European Union, however, such an agreement will be insufficient for Ukraine and its supporters. Russia, of course, could refuse to recognize Ukraine’s European aspirations and choose continue the war even with a neutrality guarantee on the table. But, at a minimum, diplomacy will have shown a way to peace.

To be sure, there are other problems that would need to be resolved as part of a diplomatic settlement. The questions of the Crimea annexation, the status of the eastern regions of Donetsk and Luhansk, and other contested areas would have to be addressed in some form.

However, Russia must be given a way out of this war that also sets Ukraine on a more promising path. Ukrainian neutrality guaranteed by the United States, major European powers and, possibly, China, and endorsed by Russia in a treaty explicitly providing for a path to European Union membership could just be the core of a diplomatic settlement.

Google will once again test augmented reality glasses in public