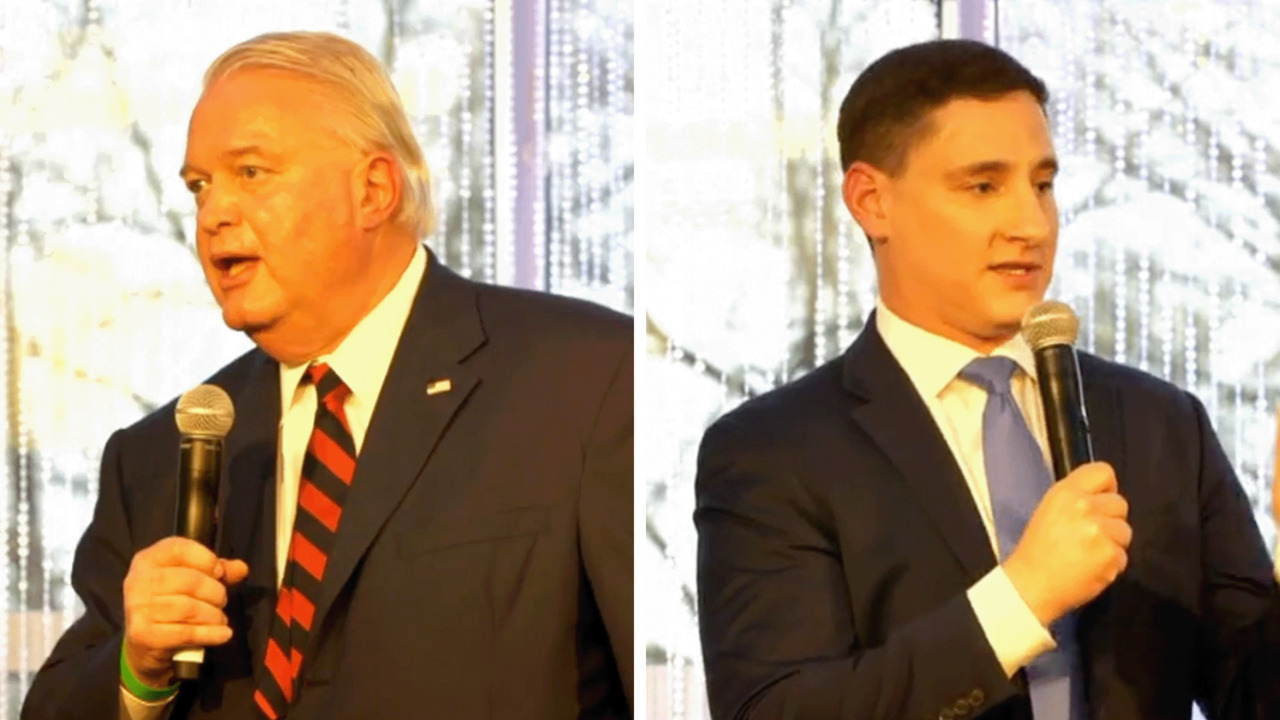 “You don’t know squat,” Gibbons is heard jabbing at the former state treasurer’s experience in the private sector, after which Mandel, a veteran, responds, “Two tours in Iraq, don’t tell me I haven’t worked.”

The men repeatedly told each other to back off before standing eye-to-eye for several seconds, while fellow GOP debate participants Matt Dolan, Jane Timken and JD Vance looked on awkwardly. Mandel eventually took his seat.

The two candidates have been locked in a tight race for first place in the Republican Senate primary, according to recent polling. The candidates are seeking to replace retiring Sen. Rob Portman, with the Republican primary currently set for May 3, though it’s possible the date gets moved back due to court challenges of the state’s redistricting plans.

Gibbons, a self-funder, has spent millions of dollars of his own money to boost his standing in the primary, while Mandel has a long record in statewide office boosting his bid. And both men, along with Vance and Timken, are locked in a parallel, sometimes heated competition for former President Donald Trump’s endorsement, which they believe could be decisive in the close and crowded primary.

“Josh Mandel is unhinged, unfit and flailing — because he’s losing. He is only a professional at one thing: running for office,” said Samantha Cotten, Gibbons’ spokesperson. “He is hellbent on lying because he is failing. He doesn’t have the temperament, experience, or fortitude to be a U.S. senator and Ohio voters got a firsthand look at just how unprepared Josh Mandel is to be a leader and that will be reflected at the ballot on May 3.”

“Mike Gibbons got upset tonight that he was called out for his investments in Chinese oil,” said Scott Guthrie, Mandel’s campaign manager. “He claims not to remember the investment, but it’s part of a pattern of Gibbons’ entire career making money by taking American companies and selling them to foreign interests. While Ohioans are struggling to make ends meet in Joe Biden’s America, Mike Gibbons spent his entire career profiting by shipping jobs overseas and investing in places like China and Russia.”

In the video of the onstage back-and-forth between the two men, the word “pussy” is clearly used. Gibbons’ team denied he used the word, while Mandel’s team said it had yet to review audio from the event.

Another debate is scheduled in Cleveland on Monday.

Natalie Allison contributed to this report.

More free trade will not solve the food crisis | Food

Misinformation that Omicron is ‘the last COVID-19 variant’ fuelling uptick worldwide: WHO — Global...