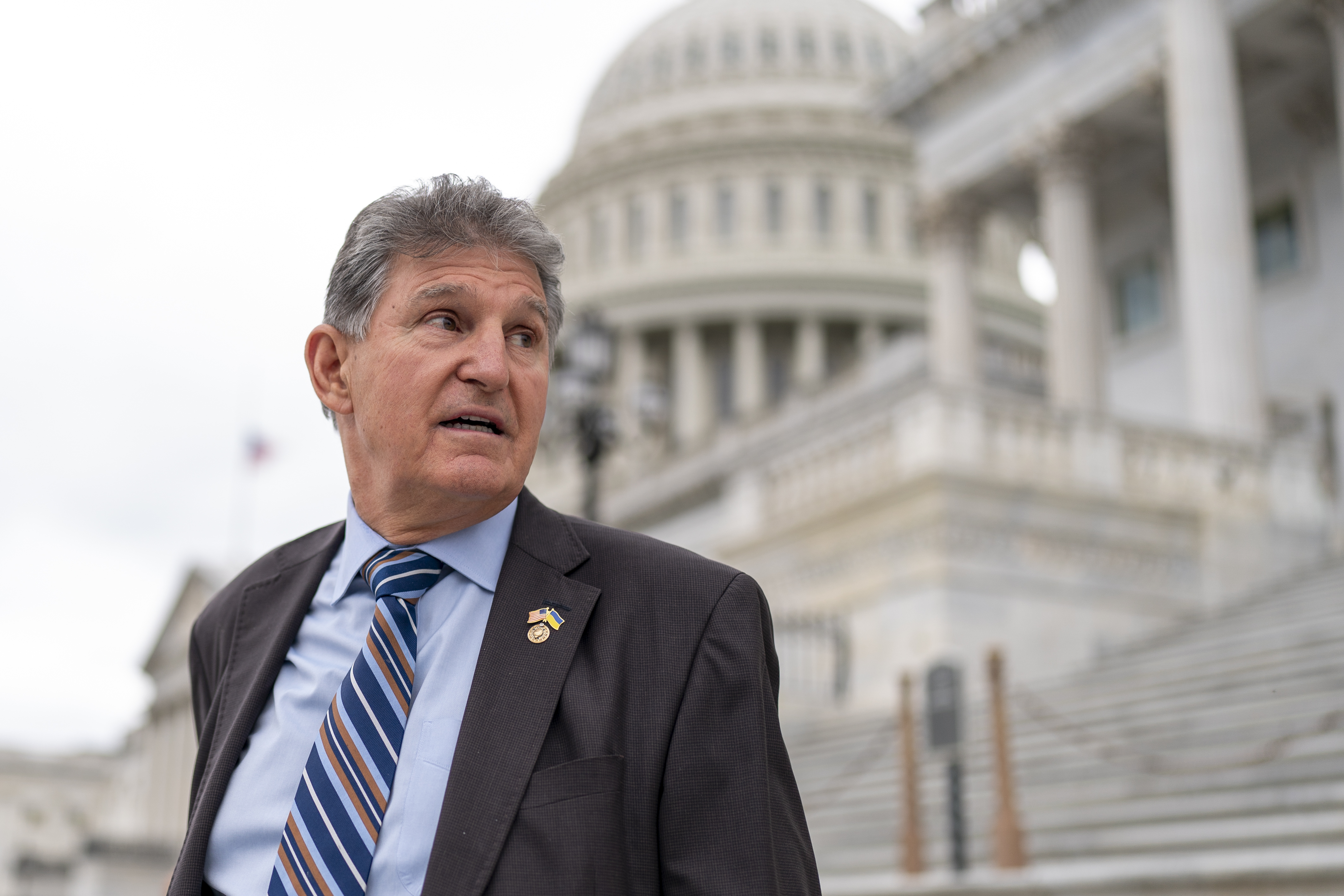 Sam Runyon, a spokesperson for Manchin, indicated the West Virginian has little concern for how his rejection might affect his party’s overall political prospects, should Democrats ultimately fail to accept the narrow terms he’s outlined.

“Political headlines are of no value to the millions of Americans struggling to afford groceries and gas,” said Sam Runyon, a spokesperson for Manchin. “Sen. Manchin believes it’s time for leaders to put political agendas aside, reevaluate and adjust to the economic realities the country faces to avoid taking steps that add fuel to the inflation fire.”

Schumer and Manchin had focused recent discussions on a H.R. 5376 (117) spending as much as $500 billion, mostly on climate and energy, while raising $1 trillion in new revenues from prescription drug reform and tax increases. Manchin himself first proposed keeping the bill focused on those areas four months ago, after rejecting a broader piece of legislation.

But Manchin soured intensely this week on those contours of a deal as inflation continued plaguing the economy, telling reporters on Wednesday that it was unclear what beyond prescription drugs Democrats could accomplish. He said anything Democrats pass needs to be “scrubbed” to make sure its not inflationary.

“All of our efforts should be: How do we reduce the gas prices, the high prices of energy, the high prices of food, all of these things: that’s every day living. And everyone’s talking about everything except though things,” Manchin said in an interview earlier this week. “Unless you can get your financial house in order, you’re not going to get inflation under control.”

Manchin’s Thursday rejection of Schumer’s offers, first reported by the Washington Post, sparked deep frustrations from progressives, particularly those who saw Democrats’ control of Congress and the White House as a long-sought opportunity to rein in carbon emissions.

“It’s important that every young person, every activist, the majorities of this country who are demanding climate action understand very clearly this is not the Democrats,” Huffman added in an interview. “This is one man named Joe Manchin. When it comes to the most important existential issue of our time, this man is a wrecking ball.”

Democrats were willing to make severe concessions for Manchin to try and get something more expansive done this summer. Schumer offered to send half the bill’s new tax revenues to deficit reduction, cut subsidies for electric vehicles, nix direct payments to companies that produce consumer clean energy and even support permitting reform for more drilling, according to the Democrat briefed on the talks.

Manchin had sought to shave down an energy package originally set at more than $500 billion to $300 billion or less. He balked privately at sending money to the EV industry and the Direct Payment program.

Earlier this year, Manchin laid out what he might be able to support: investments in energy, lowering prescription drug costs, reducing the deficit and tax reform. Manchin has also consistently said he supports rolling back the 2017 GOP tax cuts, though that option now appears off the table for him as inflation and recession fears dog the economy.

Democrats may decide to take Manchin’s slim offer given the insurance premium hikes that will occur this fall without action on health care and the party’s long-sought goal of lowering drug prices. But that would be just a fraction of what Democrats once set out to do.

Last year they laid out a package costing trillions of dollars and reshaping the country’s education, tax, climate and housing policies. And just a year ago Manchin signed a document with Schumer indicating potential support for a $1.5 trillion bill.

The House eventually passed the smaller Build Back Back Better bill. But Manchin rejected it in December. In March he laid out a blueprint of a potential deal: “The revenue producing [measures] would be taxes and drugs. The spending is going to be climate.”

Josh Siegel contributed to this report.

The Russian Orthodox Leader at the Core of Putin’s Ambitions