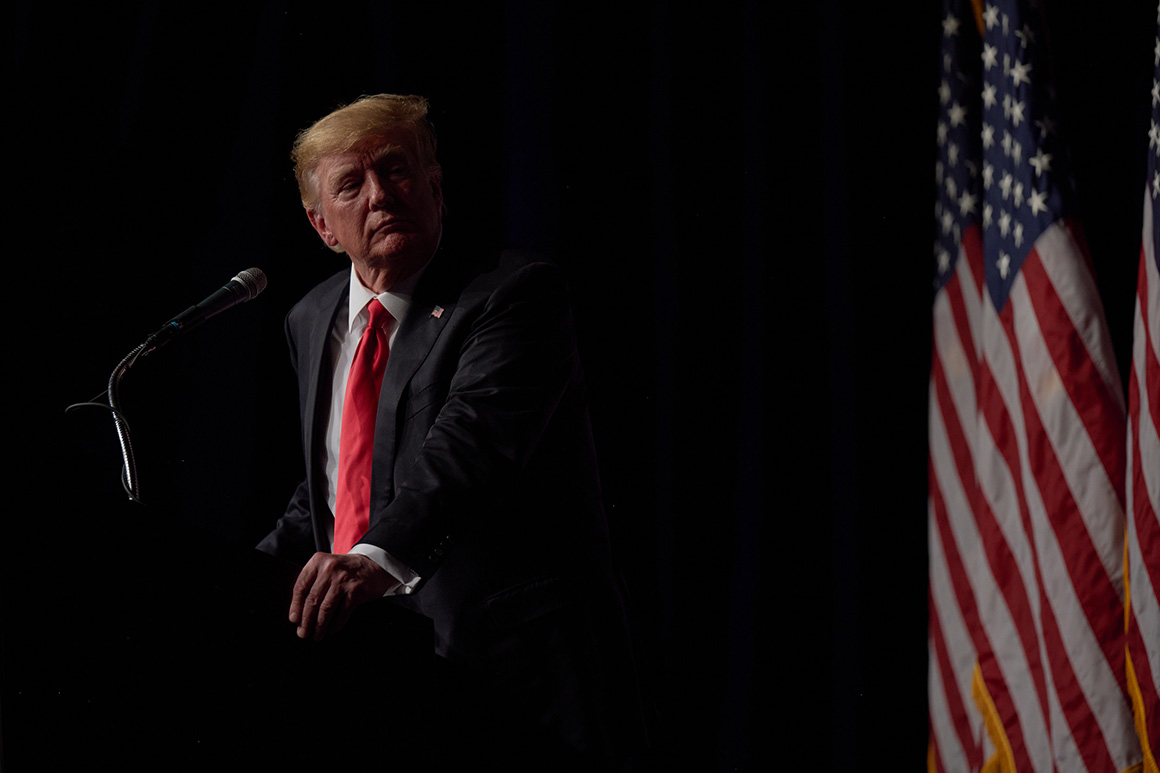 Justice Department attorneys pushed back sharply against any such limits, warning against disruption of their ongoing criminal investigation of Trump’s handling of classified documents. Cannon, who previously said she was inclined to order an outside review of the materials seized from Trump’s estate, appeared undeterred during a 90-minute hearing that featured arguments from DOJ counterintelligence officials and Trump’s legal team.

Cannon signaled concern about a couple of instances in which the investigative team had flagged potentially privileged material that was not screened out during the initial review of records by the DOJ “filter team” assigned to prevent such occurrences.

The judge gave no indication she planned to limit the privilege claims Trump could lodge in a still-to-be-determined review process. That suggested she could impose a special master with broad purview to screen documents for any potentially subject to executive privilege claims by Trump — despite DOJ’s argument that no such claim could ever be upheld in this context.

“It would be unprecedented for the executive to be able to successfully assert privilege against the executive branch,” said Julie Edelstein, a Bratt deputy.

However, Cannon said she thought prosecutors were “overreading” Supreme Court precedents on executive privilege. The judge suggested former presidents may retain some element of executive privilege over their papers and it isn’t clear whether a current president can simply nullify that in all cases.

“I’m not sure it’s as cut and dried as you suggest,” Cannon told Edelstein.

Cannon issued no immediate ruling on the special master issue and said she plans to issue a written order. She did indicate she plans to unseal more documents related to the dispute.

If Cannon ultimately issues an order acceding to Trump’s requests, it could cause significant disruption to DOJ’s investigation, Bratt said. Although DOJ warned that such a disruption would also harm the intelligence community’s review of the seized records for risks to national security, Cannon said she envisioned a potential carveout to allow that review to continue, even while DOJ would lack access.

Bracing for possible defeat, Bratt said that if Cannon opted to deploy a wide-ranging special master and prevent DOJ from accessing the materials during the review, she should issue a formal injunction. An order of that kind would likely be appealable by the Justice Department.

Cannon didn’t press Trump’s team about the former president’s claim to have declassified many of the materials seized during the search, but she did pause to correct Bratt when he called the documents classified rather than “marked as classified.”

“We treat them as presumptively classified, “ Bratt replied. “We would not turn them over to somebody who does not have the appropriate clearances.”

Trump’s team, however, said they were requesting access to all of the seized materials to lodge potential privilege claims.

Trump’s attorneys repeatedly underscored the historic nature of the investigation into Trump and insisted it is not a run of the mill case about mishandled classified records.

“This is not a case about some Department of Defense staffer stuffing military secrets into a bag and sneaking them out in the middle of the night,” said Christopher Kise, one of two Trump attorneys handling the arguments.

Trump lawyer James Trusty argued that the government’s posture toward Trump misconstrues the role of the Presidential Records Act, which contemplates a give-and-take negotiation between a former president and the National Archives over retention of some records — and includes no criminal enforcement mechanism.

“They’re trying to criminalize … the judicially-unenforceable Presidential Records Act, “ Trusty said, emphasizing that Trump regularly used Mar-a-Lago as a home and office while he was president.

Trusty also repeatedly noted that the law gives a president the ability to designate some White House records as personal, which removes them from the strictures of the act. That decision can’t be reviewed by any court, he argued, apparently referring to a series of rulings from federal courts in Washington rejecting challenges by outsiders to decisions about presidential records.

However, designations of some records as personal or political and beyond the scope of the records law have typically been made by a president or his aides while he is in office. Under the law, once a president’s term is over, such determinations are made by the National Archives

Cannon, who was confirmed about a week after Trump’s defeat in the 2020 presidential election, indicated last week that she was inclined to grant Trump’s request although she stopped short of approving it at that time.

Prosecutors also made clear that if Cannon does appoint a special master, that person’s authority should be confined to doing a fresh look only for potential attorney-client communications and not extend to other information Trump has argued should be kept from investigators, like records subject to executive privilege.

The court session Thursday also drew unusual attention for reasons beyond the potential special master appointment after the Justice Department used a filing in the case on Tuesday to air claims that Trump lawyers falsely asserted all documents marked classified were turned over in response to a grand jury subpoena issued in May.

Prosecutors bolstered that argument by including in their submission a photograph from the Aug. 8 search showing a slew of documents with classification markings found discovered in Trump’s Mar-a-Lago office. Trump seemed to acknowledge Wednesday that he was aware of the presence of classified documents in his office, criticizing agents for splaying the records on the floor rather than keeping them in the “cartons” he said they had been stored in.

Trump’s lawyers faced the delicate task Thursday of trying to convince the judge to appoint a special master with a broad mandate, while trying to avoid locking Trump into factual claims that could undermine potential defenses if he is ultimately charged.

Thursday’s hearing was the first public court session Cannon has conducted on the matter since Trump filed a motion almost two weeks ago seeking outside oversight for the Justice Department probe.

Cannon usually sits at a federal courthouse in Fort Pierce, Fla., about an hour’s drive north of here. However, she elected to hold Thursday’s hearing at the older courthouse in West Palm Beach, about 3 miles from Trump’s Florida home which also doubles as a private club.

It also marked the first public appearance by Kise, a veteran Florida litigator, in connection with the case since he was added to Trump’s legal team in recent days.

Kise, a former Florida solicitor general who has argued before the Supreme Court, has been a longtime adviser to Republican officeholders in the state, including Gov. Ron DeSantis and former Govs. Rick Scott and Charlie Crist.

Most of Trump’s attorneys remained mum but seemed upbeat as they navigated a throng of reporters and camera crews outside the sunny but drab federal courthouse here. Kise briefly offered a positive assessment of the day’s proceedings. “It went well,” he said, flashing a thumbs up to a Trump supporter who predicted the former president would prevail.

Evan Corcoran, one of Trump’s other lawyers in the suit, dodged questions from reporters about whether he had hired an attorney of his own, a reference to reports that he played a role in a false certification given to the Justice Department on June 3 about the presence of documents marked classified at Mar-a-Lago.

Trump on a radio show Thursday continued to insist he “declassified” documents, an assertion his lawyers did not make in their Wednesday filing or in the hearing Thursday

CORRECTION: A previous version of this report misstated the length of a hearing that featured arguments from DOJ counterintelligence officials and former President Donald Trump’s legal team. It was 90 minutes.

CORRECTION: An earlier version of this story misattributed a quote from Kise to Trusty.

How much can — and will — China help Russia as its economy crumbles?