British Prime Minister Boris Johnson has met Saudi Crown Prince Mohammed bin Salman (MBS) in Riyadh during a trip to the Gulf for talks aimed at moving away from reliance on Russian oil and gas supplies amid Moscow’s invasion of Ukraine.

Johnson is one of the few Western leaders to visit Riyadh since the 2018 murder of journalist Jamal Khashoggi in the Saudi consulate in Istanbul.

Earlier on Wednesday, Johnson was in the United Arab Emirates, where he met with Abu Dhabi Crown Prince Mohammed bin Zayed (MBZ) and “discussed opportunities to increase collaboration on energy security, defence and trade”, a statement posted on the British premier’s Twitter account said.

The UK leader is attempting to rein in oil prices, which soared to nearly $140 a barrel before dropping below $100, and help end the West’s dependency on Russian oil following President Vladimir Putin’s invasion of Ukraine.

His visit coincides with fresh condemnation of Saudi Arabia’s human rights record after 81 people were put to death in a mass execution on Saturday. Rights groups questioned whether they had received fair trials.

“The leaders welcomed the longstanding partnership between our two countries and discussed opportunities to increase collaboration between the UK and UAE on energy security, green technology, and trade,” a Downing Street spokesperson said in London.

Before leaving for Riyadh, Johnson promised to raise human rights issues with MBS, but he also stressed the UK’s “very important relationship” with the oil-rich Gulf.

“It’s not just a question of looking at the OPEC countries and what they can do to increase supply, though that is important,” Johnson told British media.

“When we look at the dependency the West in particular has built up on Putin’s hydrocarbons, on Putin’s oil and gas, we can see what a mistake that was because he’s been able to blackmail the West.”

Johnson’s spokesman said the prime minister would also ask MBS to condemn Putin over the assault on Ukraine.

Saudi Arabia and the UAE, which are two of the world’s biggest oil exporters, both have ties to Moscow, and have so far avoided taking a position against Russia.

But Johnson said before leaving that the effect of Putin’s “brutal and unprovoked” assault will be felt far beyond Europe.

He said as Western sanctions begin to bite, a new international coalition was needed to offset their effect on consumers already feeling the pinch from rising inflation.

“The world must wean itself off Russian hydrocarbons and starve Putin’s addiction to oil and gas,” he said in a statement.

“Saudi Arabia and the United Arab Emirates are key international partners in that effort.”

The UAE and Saudi Arabia are the UK’s two largest economic partners in the region, with bilateral trade worth £12.2bn and £10.4bn respectively in 2020, Johnson’s office said. 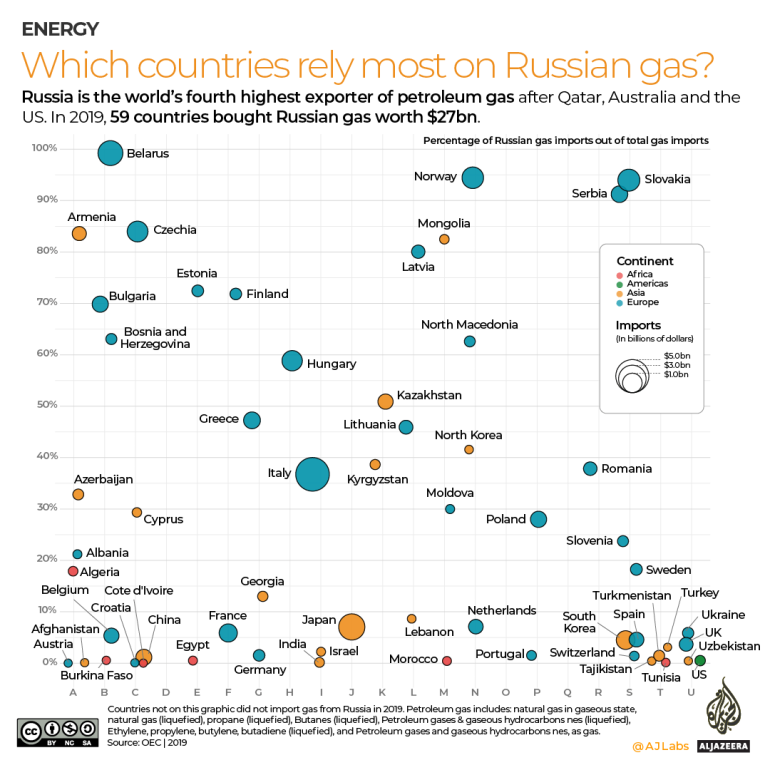 Russia is the world’s largest producer of gas and one of the biggest oil producers.

Like the United States, the UK plans to phase out Russian oil imports by the end of the year, as part of wide-ranging sanctions targeting Russian businesses and billionaires.

US President Joe Biden and MBS have no’t spoken since Biden took office and pledged to treat the kingdom as a “pariah” state over Khashoggi’s killing, which the CIA blamed on the Saudi royal.

Torbjorn Soltvedt, Middle East and North Africa analyst at Verisk Maplecroft, said that “without this rift, it is unlikely Johnson would now be spearheading oil diplomacy efforts in the Gulf.”

He said the odds were “stacked against Johnson” in changing Saudi oil policy, but that the UAE “may be more willing to open the taps” as it wants to capitalise on its oil reserves more quickly.

But the UAE on March 10 reaffirmed its commitment to OPEC+ alliance agreements to stick to existing output targets through April.

France’s presidential elections: All you need to know | Elections News

Authorities Find Belongings of Missing Journalist and Expert in Amazon