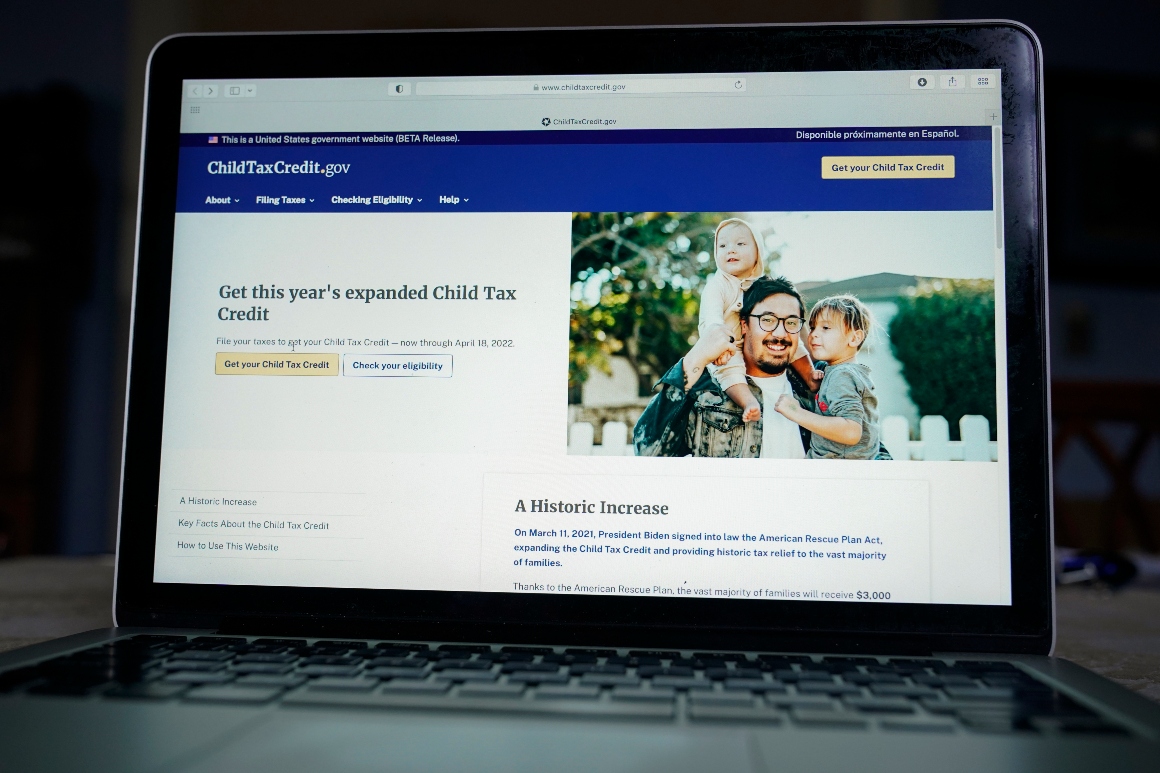 When it comes to slashing tax bills, the tactics wealthy people use get most of the attention, but this filing season there’s an unusual tax-cutting strategy for middle-income people too, particularly those with children.

Thanks to loopholes in the law, there’s a way for some people who made too much money to qualify for last year’s $1,400 economic stimulus payments and Democrats’ expansion of the Child Tax Credit to claim them belatedly on their tax return.

By changing how they file their taxes, and by shuffling kids around, some people — though not everyone — can now qualify for the breaks, potentially saving thousands of dollars.

The tactic has been subject to extensive debate among tax practitioners, and some are not entirely comfortable with it.

But others say there’s nothing in the law preventing people from using it, and that they have a duty to ensure their clients pay as little as they are required.

“Clearly this was not congressional intent — yet it works and no one has said ‘no,’” said John Sheeley, a tax preparer in Chester, N.Y.

The tactic is being used as millions of Americans file annual returns. About 55 million taxpayers — roughly one third — had filed by the end of the first week of March. The average refund is up 14 percent, according to IRS statistics, though experts are unsure why.

It’s unclear how widely used the tax minimization strategy is being used.

It’s unique to this filing season because it revolves around temporary provisions lawmakers approved last year authorizing a third stimulus payment worth $1,400 to millions of Americans and a temporary expansion of the Child Tax Credit to as much as $3,600 per child, up from $2,000.

And although Democrats’ monthly Child Tax Credit payment program has expired, people received at most only half of their benefit last year, with the remainder to be claimed at tax time.

“2021 is this unicorn year because it has these provisions,” said Tynisa Gaines, a tax preparer in Grapevine, Texas.

Here’s how it works: While both the stimulus payments and expanded child benefit were generally limited to joint filers making less than $150,000, there’s a different threshold for single filers — $75,000 (beyond that, it phases out completely when someone makes more than $80,000).

Married people usually file jointly, because that’s typically more advantageous, but they don’t have to file together.

If they file separately, each spouse becomes subject to the $75,000 threshold, which means if one is beneath that, they can not only claim the $1,400 stimulus payment for themselves, but also for any kids on their return. So, a married couple with two kids making, say, $170,000 who didn’t get the stimulus payments last year can now claim $4,200.

They could also qualify for the expanded child credit, though that would likely be a smaller benefit. In this example, the spouse under $75,000 would qualify for $3,000 per child, assuming they’re over the age of 6, rather than the $2,000 per kid credit they’d otherwise be able to claim. So they’d receive a $6,000 credit instead of $4,000.

If the couple received part of their child credit last year in the form of those monthly payments, the spouse who suddenly doesn’t have any kids on their return would have to pay back half of what they received last year, which would be $1,000. Still, they would end up $1,000 ahead.

“Certainly if they’re married with children and somebody makes under $75,000, we look to do this,” said Sheeley. “There’s plenty of savings here when there are kids involved.”

There are other considerations, tax preparers say, and it won’t make sense for some people.

Married people who file separately are subject to different tax rules that come with a number of disadvantages. They face higher tax rates and can’t tap certain tax breaks. There are restrictions, for example, on taking advantage of Democrats’ expansion of a break subsidizing dependent care expenses.

And depending on where someone lives, state tax rules may be an important consideration.

It also doesn’t work for households in which both spouses are above the income limits for the breaks — if a couple makes, say, $170,000 but each of them earns $85,000, they won’t qualify.

Some tax preparers say it takes a number of calculations to figure out if the savings accruing to one spouse would be enough to offset higher taxes the other might pay.

“You’re not going to do it on every return,” said Gaines. “But if the preparer is worth their salt, they will at least look at this to see if it makes sense.”

She predicts a surge this year in the number of couples filing separately.

“It’s definitely going to be more than normal,” she said.

EU clinches US LNG deal in bid to curb reliance on Russian gas |...