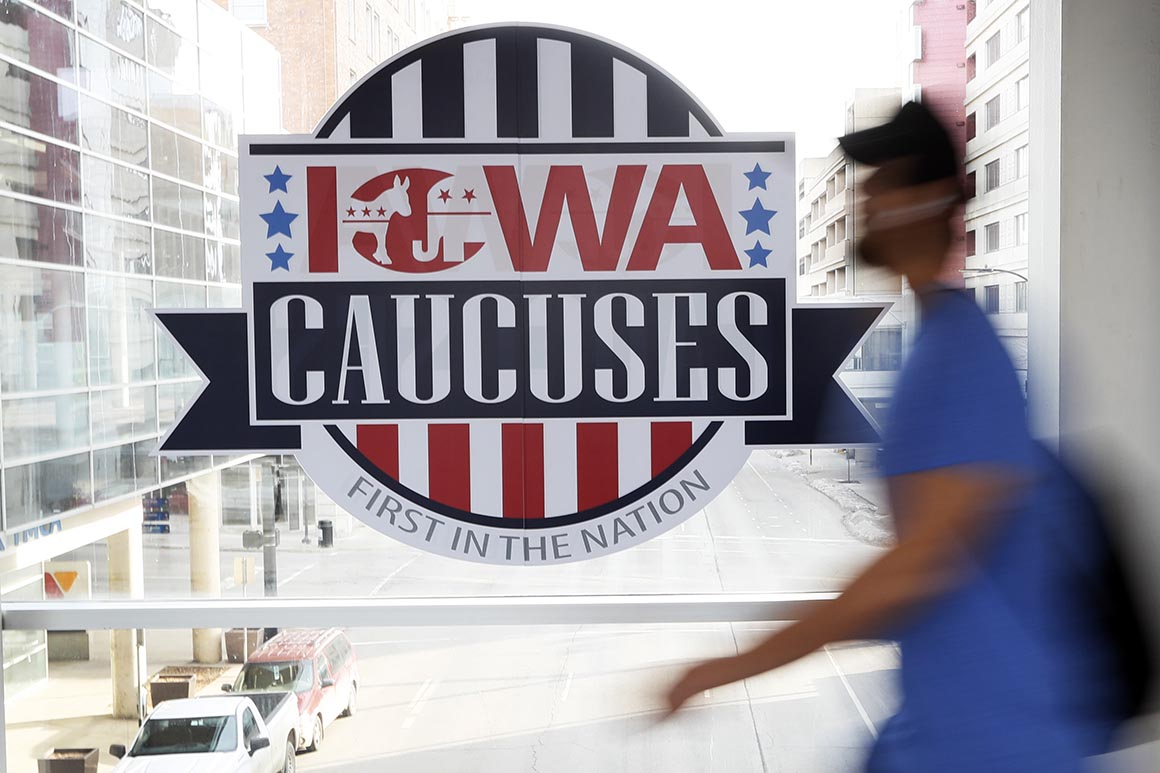 Instead of big changes, a half-dozen DNC members used the meeting to rehash their frustrations about Iowa both directly and indirectly, calling for greater diversity in the states that vote early in presidential nominating contests. The state has been under pressure since its disastrous caucuses in 2020, when problems counting the vote delayed results and led to a lengthy dispute.

One DNC member suggested adding more battleground states to the mix, and another argued for rural representation in the early window. And while the meeting ended with no concrete plans or next steps to address the question, there’s evident interest in changes — “not four years from now — now,” said Mo Elleithee, a DNC member who’s been a vocal proponent for reimagining the presidential contest, focusing the slate of early states on diversity, inclusivity and general election competitiveness.

“I think states like New Hampshire, Nevada and South Carolina can make a compelling argument as to how they fit into that picture,” Elleithee said. “I have a harder time seeing it with Iowa, but Iowa should have the right to make that case to us.”

A number of members made clear that Iowa’s first-in-the-nation status shouldn’t be kept out of habit. “Tradition is not a reason to keep doing something,” said Maria Cardona, a DNC member.

But inertia has helped Iowa before. Reordering the nominating calendar runs into a host of logistical and legislative headaches, tangled up by state laws and partisan legislatures. And Scott Brennan, a DNC member from Iowa, defended the status quo, arguing that the “four early state process worked.”

“I would like us as Democrats to focus on winning elections, not academic exercises,” he said.

Rethinking the presidential calendar gained new strength after 2020, but Iowa’s come under harsh criticism among Democrats before for its lack of racial diversity, as the party built much of its national success around voters of color.

“We cannot be righteous about a particular tradition or a particular state in the process because that righteousness is what turns off a new immigrant,” said Luis Heredia, a DNC member. “They don’t understand what Iowa means in this process.”

If the DNC does dethrone Iowa, the state will likely not go quietly. For more than a year, some party officials there have discussed the possibility of holding an unsanctioned caucus — daring candidates to skip Iowa on the bet they still will come.

“There’s an entire ecosystem of event planners and consultants and four-year campaign staff and everybody else, and there’s just so much of that, that I think they would hold it no matter what,” said Sean Bagniewski, chair of the Polk County, Iowa Democrats.

Iowa would not be the first state party to hold a nominating process in defiance of party rules. Florida and Michigan did so in 2008, running primaries earlier than called for by the DNC.

“We’ll just go anyway,” said Dave Nagle, a former member of Congress and Iowa state Democratic Party chair. “Being unsanctioned is not a big thing … So, 50 people don’t get to go to the national convention. Big deal.”

The more existential problem for Iowa Democrats, he said, is if they give up their position without a fight.

Asked about the possibility of hosting an unsanctioned caucus, Iowa’s Democratic Party chair, state Rep. Ross Wilburn, said simply, “Nothing has been decided.”

Forced Into A Basement In Ukraine, Residents Began To Die

When will the war in Ukraine end? | Russia-Ukraine war News

At the front in eastern Ukraine, distant artillery duels mix with tank assaults and...

A plea for the life-saving properties of vaccines — Global Issues