Things are likely to get worse for India amid commodity-supply disruptions caused by Russia’s war in Ukraine.

India’s headline inflation surged to an eight-month high in February on higher food prices, with the outlook set to worsen amid commodity-supply disruptions caused by Russia’s war in Ukraine.

Consumer prices rose 6.1% last month from a year earlier, the Statistics Ministry said in a statement Monday. That’s faster than the median estimate for a 6% gain seen in a Bloomberg survey of economists and well above the upper end of the Reserve Bank of India’s inflation target band.

The war-fueled uncertainty is likely to force the central bank to revisit its inflation and growth forecasts at its policy meeting next month. Although, it’s unlikely to force the RBI to tighten interest rates just yet, given policy makers’ are intent on supporting the economy’s durable recovery. 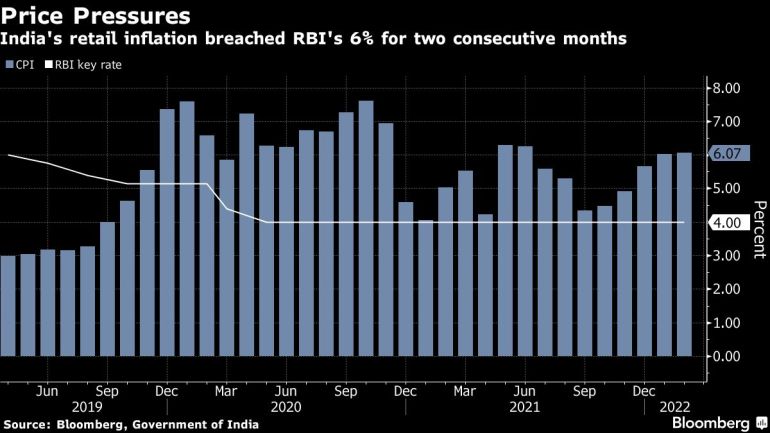 (Updates with details of inflation print under ‘Digging Deeper’ section)

–With assistance from Tomoko Sato.

‘Most Stressful Thing’ In Tennis Creates Angst At Wimbledon

Italian Bishops to Examine Clerical Abuse, but Only to a Point

Nadal pulls out of Wimbledon semifinal due to abdominal tear