Many parents made decisions they never thought they would have to make regarding how their children received their education during these last two years. My family was included in this group.

We decided to hybrid homeschool our children through a private online Christian academy versus enrolling them into the public school system. Our reasons for this decision are similar to why most families recently made this choice.

In a blast from my childhood past, Kirk Cameron produced a documentary on this subject that will be interesting not just to homeschoolers, but to public school parents who are tired of what they’re seeing from their schools.

Childhood actor and conservative Christian Kirk Cameron announced his new documentary, The Homeschool Awakening, opening in theaters on June 13th and 14th this past week.

In a video put out on Instagram, he shows a trailer of the documentary. He follows up with his reasoning behind producing this piece.

“It’s up to us as parents to cultivate the hearts and minds and souls of our children toward what is good, what is right, beautiful, and true.”

Growing up, my mother pounded that once you have a child, your life is no longer about you and what you want; it must always be about what your child needs. I’m not so sure that is passed on anymore.

Still, I believe that many are starting to see that the public education system that we have trusted with molding the minds and hearts of our children has not had pure intentions.

COVID-19 shined a spotlight on just how corrupt and misguided the education system has become. With mass school closures and online learning adopted everywhere, parents could finally see and hear what their children were (or, more aptly, were not) being taught.

Even more incredulous were the policies being put into place.

For example, in Los Angeles, the United Teachers Los Angeles union President Cecily Myart-Cruz capped Zoom school hours to four a day at the beginning of the pandemic. Yet, teachers still received pay for a full day of work for the record. 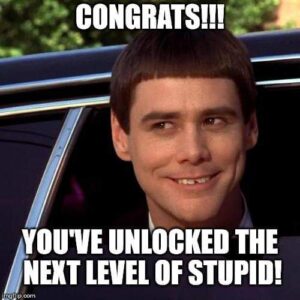 Calls for discontinuing standardized testing for students were heard and are still argued across the country. This argument is, of course, in the name of equity which, unlike equality, calls for equal outcomes versus equal opportunities.

In Oregon, Senate Bill 744 was signed that temporarily suspends standardized testing requirements for graduation for the next two years. The argument from the Oregon Department of Education is this will allow the state to develop more equitable graduation requirements.

The push for equitable graduation requirements is just a reframing of what I always knew as lowering the bar of expectations. Unfortunately, this has become the typical reaction in education.

More than 71% of students in our country lack basic academic proficiency at the end of their public education years. Twenty-five countries outperform the United States, including China, Hong Kong, Finland, Singapore, South Korea, and Canada.

And instead of upping our game, we’re throwing away the scorecard and giving kids participation trophies.

It shouldn’t surprise anyone that China dominates in every education area globally. To put that into perspective, the United States is 33rd in math, 23rd in science, and 17th in reading. No doubt we are #1 in woke lunacy.

“We need to take back the education of our children because whoever controls the textbooks controls the future.”

Turn on just about any news network today or scroll through any social media platform. You will find hundreds of examples of Americans who have been molded to believe a narrative of hating themselves and others.

A push to be over-sexualized resulting in mental health issues and thinking that they are either guilty by skin color or unable to achieve due to their skin color.

The public education system is no longer built to teach students how to think but what to think.

“I wish my mom had aborted me” she says while wearing a mask to fend off a disease with a 99.7% survival rate https://t.co/WkkLHkWgPk

Civics, which used to be a requirement for graduation, was meant to teach us how to think critically and engage with one another respectfully and productively. Defined by Merriam-Webster as “a social science dealing with the rights and duties of citizens,” this subject is no longer required in 42 states.

Why on Earth would the powers that be want to cut something like Civics from the graduation requirements? To make future generations easier to manipulate is the obvious, if cynical, answer.

Suppose the people can’t critically think and question what they are told. In that case, it is much easier to re-write history, destroy women’s rights in sports, and push for mass censorship of opposing opinions.

The Rise of the Homeschool Household

“The public school system has become public enemy number one.”

I couldn’t agree more with you, Kirk.

It’s clear by the numbers that I’m not the only parent who sees it this way. The overall number of homeschool households doubled in the last year and a half.

Besides the evident lack of quality instruction and even worse, apparent attempts to indoctrinate our children, parents have chosen the homeschool route out of safety.

In addition, some schools started following racial quotas when it came to discipline. This all began under the Obama administration with the introduction of Disparate Impact.

The idea behind this concept is that even if you have a system like, say, a disciplinary system that is neutral and non-discriminatory, it can be deemed racially discriminatory if minorities are more often disciplined for their behavior.

So instead of addressing the reason why more minority students tend to act out or get suspended from school, the system has opted not to suspend or discipline them once they hit a certain quota.

You add this to outrageous issues of shared bathrooms that have led to sexual assaults in public schools such as in Loudoun County, Virginia. It’s no wonder parents no longer feel that the public schools in their districts can be trusted with the safety of their children.

Sorry, but McAuliffe saying that parents shouldn’t be in charge of their children’s education and the Loudoun County school board lying to parents about sexual assaults in bathrooms isn’t “trumped up cultural wars” https://t.co/fRWi9XfK6C

These initiatives of lowering standards, creating more ‘equitable’ opportunities, and adjusting discipline due to disparate impacts are not helping the very demographics they are targeted towards. Minorities aren’t buying it either if you look at the numbers.

While 1 in 10 white families no longer participate in the public school system, 1 in 8 Latino families and 1 in 6 Black families have also stopped participating in some form or function.

Deciding to homeschool is a difficult decision and requires a lot of sacrifices.

It’s often believed that homeschool families are cultish and bizarre, raising children who lack social skills and spend their days making fruit leather in their kitchens. This stigma is still persistent, but it is becoming less and less believed.

Read More about My Decision to Homeschool Here

Thanks to celebrities like Kirk Cameron, who are shining a light on the realities of homeschooling.

34 Outdoor Products For Anyone Who Wants To Get Outside More

One Result of Biden’s Meeting With Saudi Prince: A Setback in the Khashoggi Case

India journalist Siddique Kappan gets bail after nearly two years | Freedom of the...