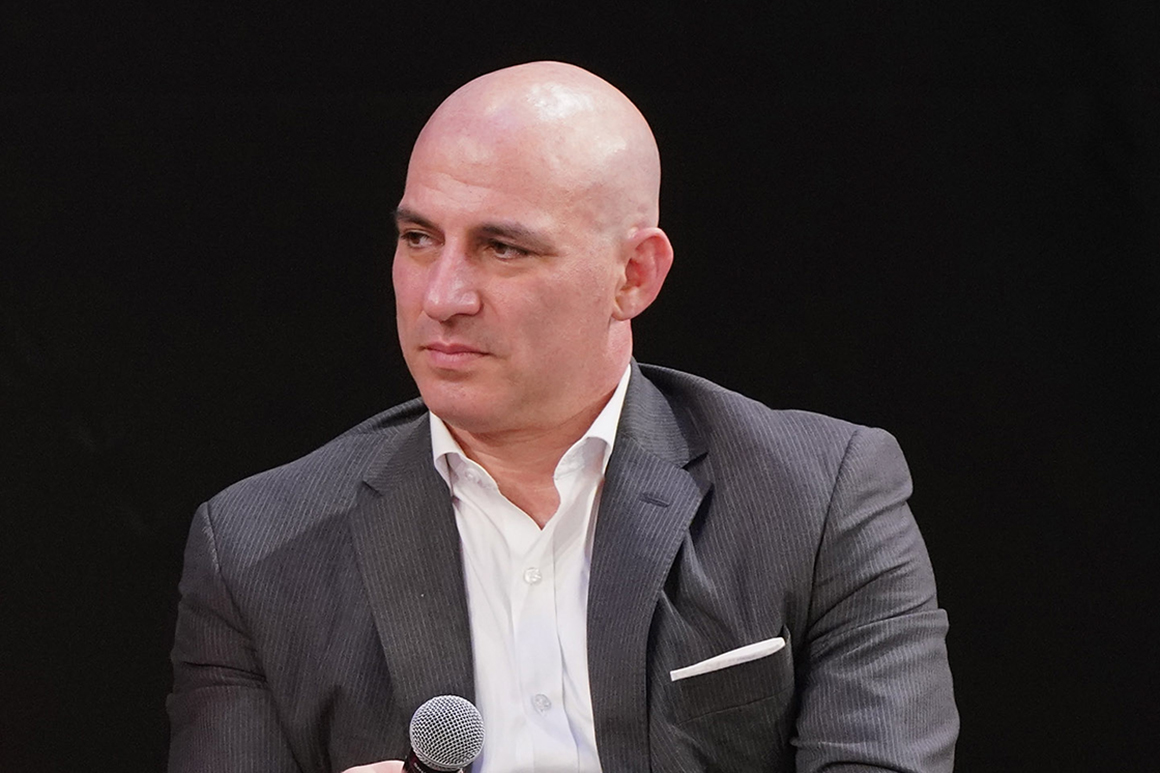 Project Veritas, a group of right-wing provocateurs, captured Rosenberg in a video sting operation saying that left-leaning “woke” reporters and editors at the Times were making “too big a deal” out of the Jan. 6, 2021 riot at the Capitol. One result of ideologically distorted coverage, he claimed, was to give an “opening for lunatics on the right” to promote a myth that the incident, with multiple related deaths and injuries, was really “just a peaceful bunch of tourists.”

Baquet, according to reporting by my POLITICO colleagues Rachael Bade and Max Tani, defused an angry meeting in the Times Washington bureau by saying that Rosenberg had said “really stupid stuff” but that Project Veritas was engaged in what amounted to psychological warfare by sowing discord inside the Times — “trying to make our heads explode.”

It is evident that a lot of cranial pressure did indeed build up at the Times. But Baquet’s sensible handling of the matter kept heads from exploding, including Rosenberg’s own. He will spend a few weeks scraping dog-doo off his shoe but apparently will not suffer lasting career harm.

It seems possible that this episode may be a small step in the early phase of a larger trend—the gradual dissipation of “cancel culture,” and the increasingly dreary debate over people getting in trouble for saying things that offend prevailing sensibilities. This is one part wish, one part prediction.

If the prediction comes true, it will be because of two factors, both on display in the passing uproar over Rosenberg and Project Veritas. One factor is irreverence. The other is incoherence.

Let’s start with irreverence. Yes, yes, of course: the issues raised in the cancel culture debate — when does sensitivity curdle into intolerance? — are serious. But that doesn’t mean every episode in this debate is serious, or needs to be treated with solemnity.

In particular, the Rosenberg drama was about as solemn as a cream pie to the face — hard not to laugh. I don’t know him, but he was caught saying something that sounded like things I have heard from many newsroom cranks over the years, generally people who take pride in swimming against majority currents and delight in offending conventional pieties. He got caught releasing a raspy, opinionated belch that was not intended for wide audience.

The case highlights another amusing dimension of contemporary speech wars. The culture provides incentives like never before for people who traffic in spontaneous, unfiltered and boldly stated opinion. This is the path to social media followers and television contracts and book deals. At the same time, the culture imposes penalties like never before for people who say the wrong thing. The effort to go far enough to be noticed but not so far as to be canceled leads to funny contortions. People who do it well — like Substack writer Bari Weiss, who loudly left the New York Times after suffering mockery and criticism from colleagues for her view— can turn “cancellation” into a profitable career play.

This leads to the other reason “cancel culture” may soon be in retreat: incoherence.

Start with Baquet’s rebuke at the bureau staff meeting. Was the “really stupid stuff” Rosenberg said in the video sting stupid because his comments were stupid on substance? Or did his stupidity lie in saying what he really thinks in a careless way that led to being burned by Project Veritas? Baquet left his meaning a bit vague, perhaps intentionally so.

More confusion: It is somewhat common among a younger generation of journalists to support relaxing the longstanding rules at mainstream media organizations against political involvement or expressions of opinion by news reporters. Usually, it is traditionalists like Baquet who insist on preserving that old line. Logically, the people who Rosenberg sneeringly dismissed as woke should be defending his right to pop off with gratuitous opinion and criticism of his own news organization.

This is a frivolous example of the contradictions bedeviling the cancel culture debate. More substantive is incoherence among cultural warriors on the right. They delight in excoriating the alleged intolerance on the left toward views they find offensive. Somehow these conservatives forget that they are in favor of cancel culture. Witness the success Virginia Gov. Glenn Youngkin has had in promising to prohibit local school districts from teaching students about critical race theory (a cause that hasn’t been hurt by the lack of evidence that school districts are actually putting critical race theory on the curriculum).

Equally dizzying was the experience the other day of University of Virginia senior Emma Camp, who wrote an op-ed for the Times saying that many of her fellow students practice “self-censorship” because they are afraid of derision from censorious peers. Her argument seemed a bit overwrought, as is often the case with earnest young writers. The torrent of mockery that greeted her on Twitter made the case about the hazards of saying something unpopular more persuasively than she could have imagined.

Supreme Court Ruling Causing Confusion In Michigan, Even Though Abortion There Is Legal

The ‘China Model’ is being tested by Covid, Russia and the economy. And it’s...