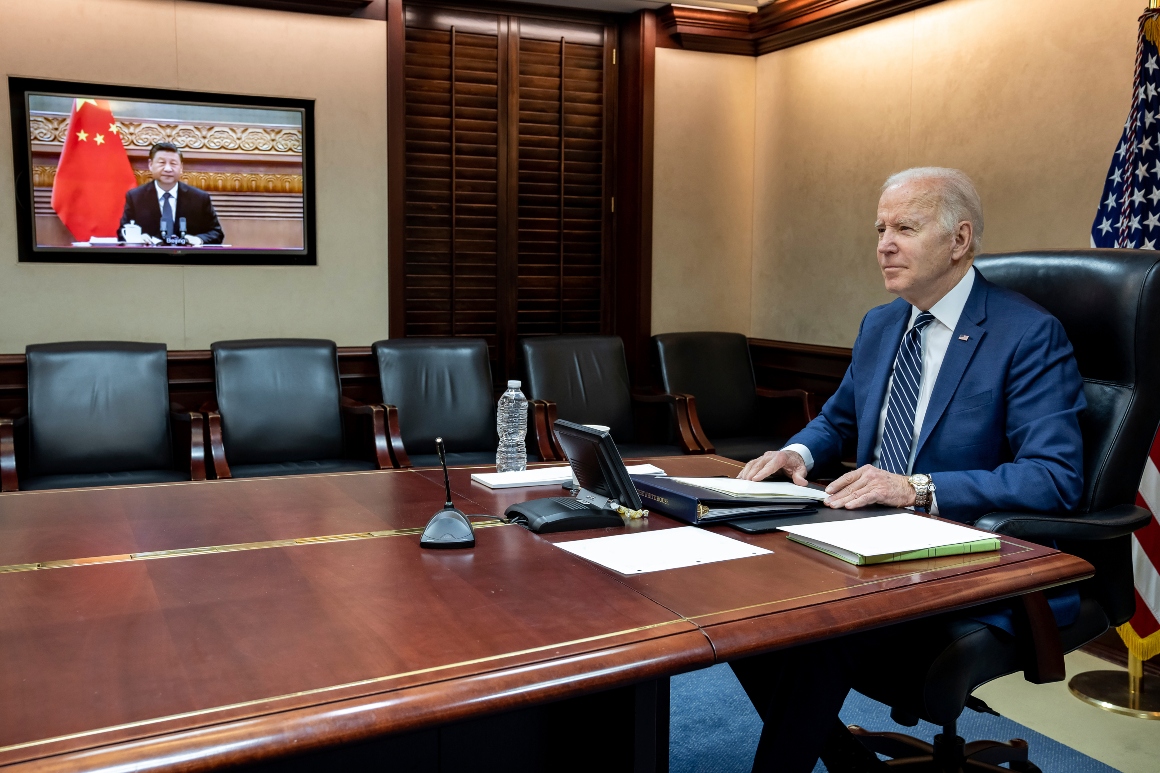 “President Biden detailed our efforts to prevent and then respond to the invasion, including by imposing costs on Russia. He described the implications and consequences if China provides material support to Russia as it conducts brutal attacks against Ukrainian cities and civilians. The President underscored his support for a diplomatic resolution to the crisis,“ the White House readout of the call said.

Biden reiterated U.S. policy on Taiwan, the White House said, and “emphasized that the United States continues to oppose any unilateral changes to the status quo.“ The two presidents agreed to stay in communication, per the White House readout.

On a call with reporters Friday afternoon, a senior Biden administration official said the president did not make specific requests of Xi in their call but made clear that China should not support Moscow in its invasion. Biden outlined for Xi the United States’ view of the conflict and Putin’s “actions and miscalculations,” the official said, and stressed that China would suffer “consequences” if it did offer assistance to Moscow. The official did not outline the specifics of the possible consequences or Xi’s reaction to the warning.

Xi did not indicate whether China would aid Russia or not, according to the official, who described the two-hour call as “direct,” “substantive” and “detailed.”

The Biden-Xi meeting comes as Russia continues to escalate its attacks on the sovereign nation, and is a potential watershed moment for the countries’ relationship. The United Nations has already confirmed nearly 2,000 civilian casualties, though the numbers are likely higher.

The Chinese Embassy readout of the call notably did not mention Russia by name, though it said the “Ukraine crisis is not something we want to see.” The White House has not yet released a statement on the almost two-hour-long secure video call, which ended around 11 a.m.

“The events again show that countries should not come to the point of meeting on the battlefield. Conflict and confrontation are not in anyone’s interest, and peace and security are what the international community should treasure the most. As permanent members of the UN Security Council and the world’s two leading economies, we must not only guide the China-US relations forward along the right track, but also shoulder our share of international responsibilities and work for world peace and tranquility,” the Chinese readout said.

Last week, China announced a “six point” plan for preventing a widespread humanitarian crisis in Ukraine and called the situation inside the country “deeply” concerning. Xi reiterated the six points during his call with Biden on Friday but didn’t suggest China had any meaningful role in encouraging Russia to end the conflict, according to the Chinese Ministry of Foreign Affairs readout of the call. Xi instead conveyed that this was the responsibility of the U.S. and its NATO allies.

Ahead of the Biden-Xi meeting, Deputy Secretary of State Wendy Sherman said Friday that the Chinese president faces a historic choice amid Russia’s invasion of Ukraine: Be a “true leader on the world stage” by siding with Ukraine, the U.S. and its allies or stand with Moscow as it launches its full-fledged attack on Ukraine. She said Biden would urge Xi to use his influence with Putin to “end this horrible war.”

“We hope that he chooses the right side of history here,” Sherman told MSNBC’s “Morning Joe” on Friday. “That he ends this carnage, these attacks on civilians.”

Beijing has tried to walk a delicate line as Russian troops bombard Ukrainian cities and destroy civilian infrastructure. China has thus far avoided direct condemnation of its neighbor, maintaining its trade relationship with Moscow while expressing “concern” about the civilian deaths.

“We are all very candid, very direct about .. what the responsibility is of Xi Jinping if he wants to be a true leader on the world stage. If he wants to sign up to the principles of the U.N. Charter, which he says he does,“ Sherman said. “So we will see, whether in fact Xi Jinping makes the right choice here. His future is with the United States, with Europe, with developing countries around the world. His future is not with Russia and Vladimir Putin.“

Tension with Beijing built over the weekend, when Washington revealed intelligence and told reporters that Russia had requested economic and military assistance from China for its war against Ukraine. A senior U.S. official said the Chinese government had “responded to that request,” though offered no details on what the response was. Both Beijing and Moscow denied that such a request was made.

Jonathan Lemire and Phelim Kine contributed to this report.

Kevin McCarthy Goes Off Over Peloton Memberships For House Staffers

‘Trip Stacking’: What To Know About This Pandemic Travel Trend

Several killed in explosion at mosque in Kabul | Conflict News