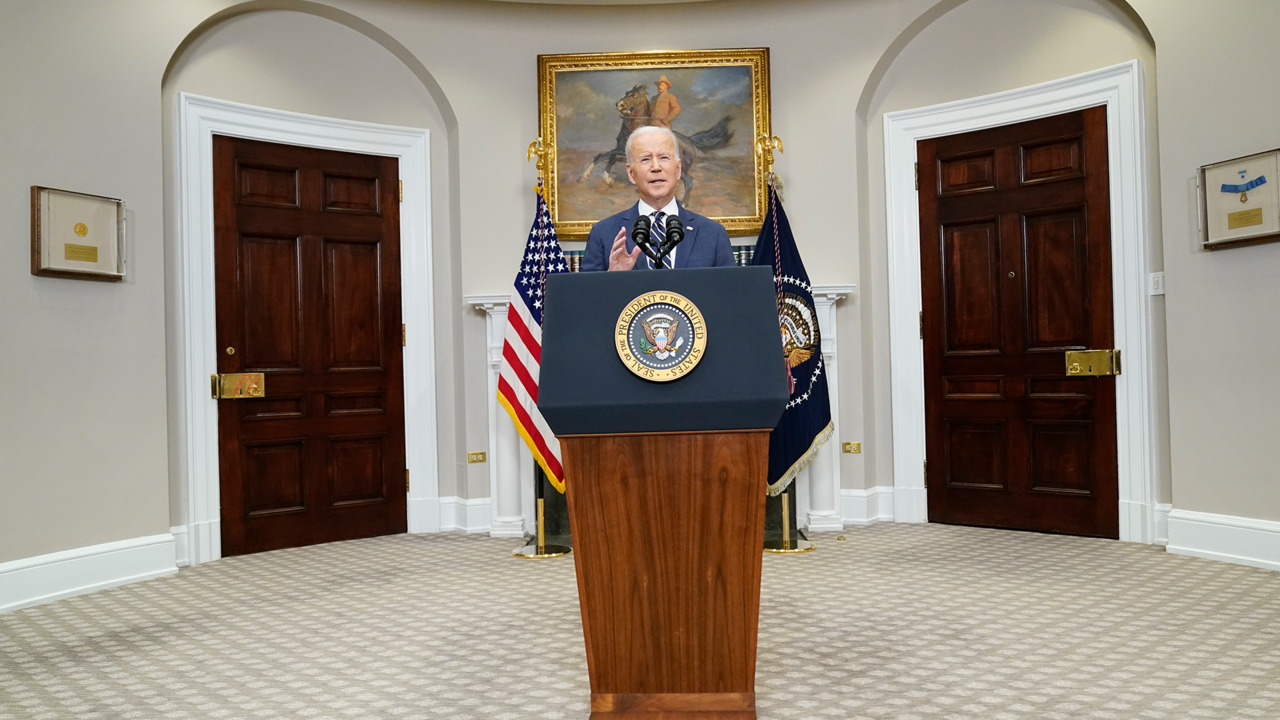 The president’s threat comes on the heels of a series of warnings from White House officials this week that Russia might seek to use chemical or biological weapons in Ukraine. Those statements came after the White House rejected Russian Ministry of Foreign Affairs spokesperson Maria Zakharova’s claim that the U.S. was working with Ukraine to develop chemical and biological weapons to use against Russian forces.

White House press secretary Jen Psaki this week condemned Russia’s actions as an “obvious ploy” in order to justify its attack on Ukraine, and Pentagon spokesperson John Kirby called Russia’s claims “a bunch of malarkey.” Kirby leaned into that message again on Friday.

“We’re watching this very, very closely,” Kirby said on MSNBC. “[It’s] an absurd claim that we are helping Ukraine develop bioweapons. That’s just not true. It’s laughable. But that they would use such a claim for some sort of pretextual event in the future, that’s something we’re concerned about.”

U.S. and Ukrainian officials have expressed concern this week that the narrative advanced by Zakharova is an indication Russia could be planning to use the weapons against Ukrainians or as part of a false flag operation. The State Department noted on Twitter this week that the U.S. does not have chemical and biological weapons labs in Ukraine. The U.S. does support public health labs in Ukraine, which help to provide support to the government’s health department on efforts such as studying diseases like Covid-19.

U.S. involvement with these labs goes back to the Cooperative Threat Program, created by the U.S. in 1991, which was formed to help secure and eliminate what was left of the former Soviet Union’s biochemical weapons program in countries like Ukraine. Russia in recent years has spread false information about U.S. biological weapon research, and China has repeatedly endorsed the propaganda — claiming these labs are a cover-up for secret U.S. bioweapons program.

At the Security Council meeting on Friday, U.S. Ambassador to the U.N. Linda Thomas-Greenfield accused Russia of using the U.N. forum to legitimize its disinformation campaign. In line with the U.S. strategy to combat Russia’s information war with public declarations about Moscow’s intentions, Thomas-Greenfield said the U.S. didn’t veto the meeting so the body could “expose Russia’s lies.”

“We believe Russia could use chemical or biological agents for assassinations as part of a staged or false flag incident or to support tactical military operations. From the beginning, our strategy to counter Russia’s tactics has been to share what we know with the world transparently. And candidly, we have been right more than often — more than we’d like to,” Thomas-Greenfield said. “We’re not going to let Russia get away with lying to the world or staining the integrity of the security council by using this forum as a venue for legitimizing Putin’s violence.”

Russian crew aboard a superyacht possibly linked to Putin have left their jobs, workers...

US visa issues plague World Athletics meet: All you need to know | News