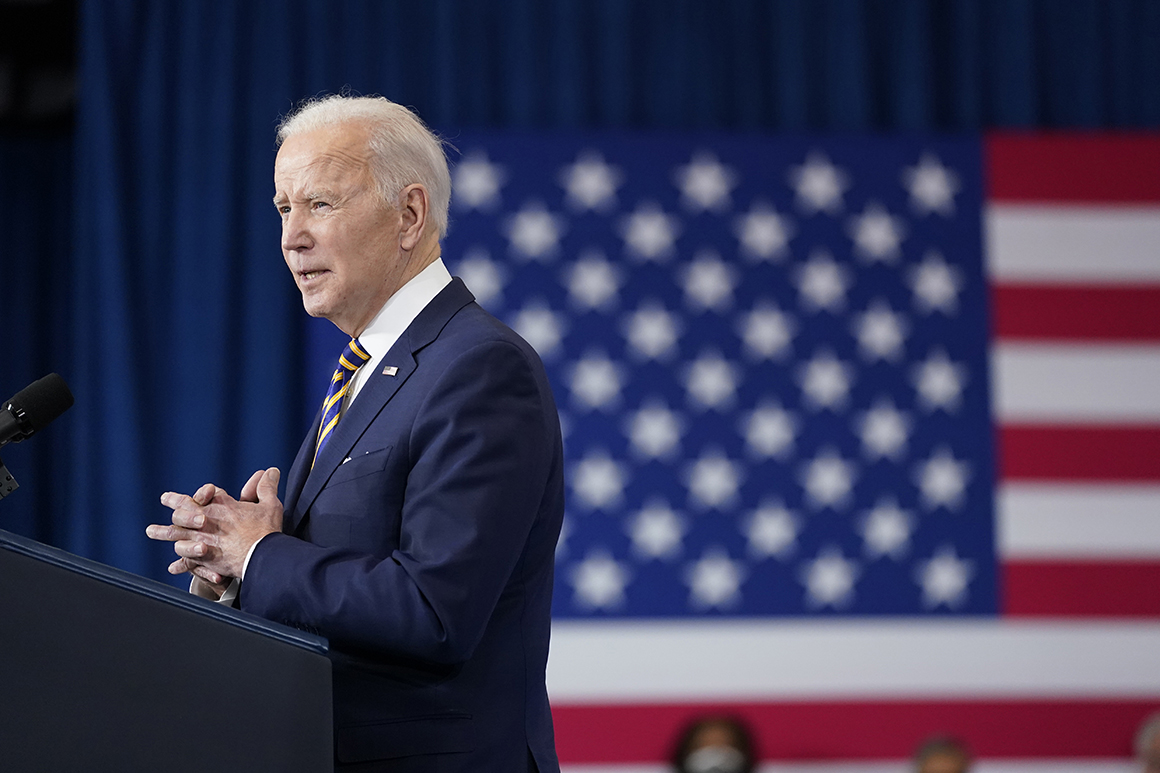 “Veterans are used to always giving, you don’t think you have the right to ask,” Biden said in the state with the second-largest veteran population. “Tell us what your [health care] needs are … we owe you.”

The trip comes after Biden’s State of the Union speech, where he outlined his new unity agenda that includes combating the opioid epidemic, addressing mental health, supporting veterans and ending cancer. In his March 1 speech, he discussed the potential connection between the toxic chemicals from burn pits and the death of his son. “One of those soldiers was my son Major Beau Biden,” Biden said on March 1, talking about his late son who was deployed to Iraq in 2008. The two-term Delaware attorney general died in 2015 at age 46, after being diagnosed with brain cancer in 2013.

Biden on Tuesday cited the debate that emerged after the Vietnam War, when veterans for decades were denied health benefits for illnesses caused by exposure to Agent Orange. As a senator in 1991, Biden co-sponsored the Agent Orange Act, which declared the defoliant chemical used in the Vietnam war likely caused at least a dozen illnesses in those who served.

“I refuse to repeat the mistake when it comes to veterans of our Iraq and Afghan wars,” Biden said, noting that it took too long after the Vietnam War to take action. The Agent Orange Act came 16 years after the war ended.

There was movement last week after Biden’s speech. The House passed a bill that would expand health benefits for Iraq and Afghanistan veterans exposed to burn pits. And the Department of Veterans Affairs announced that it would propose a rule to add nine rare respiratory cancer as service-connected disabilities for veterans who served in “the Southwest Asia theater of operations.”

The president talked about Beau Biden again Tuesday, saying his administration is “committed” supporting research that will shed light on how burn pits are connected to diseases like the one that killed his son.

“When the evidence doesn’t give a clear answer, one way or the other, the decision we should favor is caring for our veterans while we continue to learn more. Not waiting. Not waiting,” Biden said to loud applause.

Biden’s voice grew louder as he talked about the 9/11 generation of soldiers who were deployed multiple times.

“This is an incredible generation, the 9/11 generation that fought,” Biden said. “They’re right up there with the Greatest Generation.”

Unlike his State of the Union Speech, where Rep. Lauren Boebert (R-Colo.) heckled the president as he mentioned burn pits and the death of his son, Tuesday’s travels showed a glimmer of bipartisanship. Republican Rep. Jake Ellzey of Texas traveled with Biden aboard Air Force One, and Biden had kind words for the lawmaker, a former military officer.

“Jake’s a Republican, but I like the hell out of him,” Biden said at the beginning of his remarks. “This guy’s the real deal.”

The Jan. 6 panel had cooled focus on GOP lawmakers. Then Brooks happened.

Tune out the forecasters. Here’s how investors should approach this bear market

In Mexico, One Cartel Is Cleared, but Others Storm In