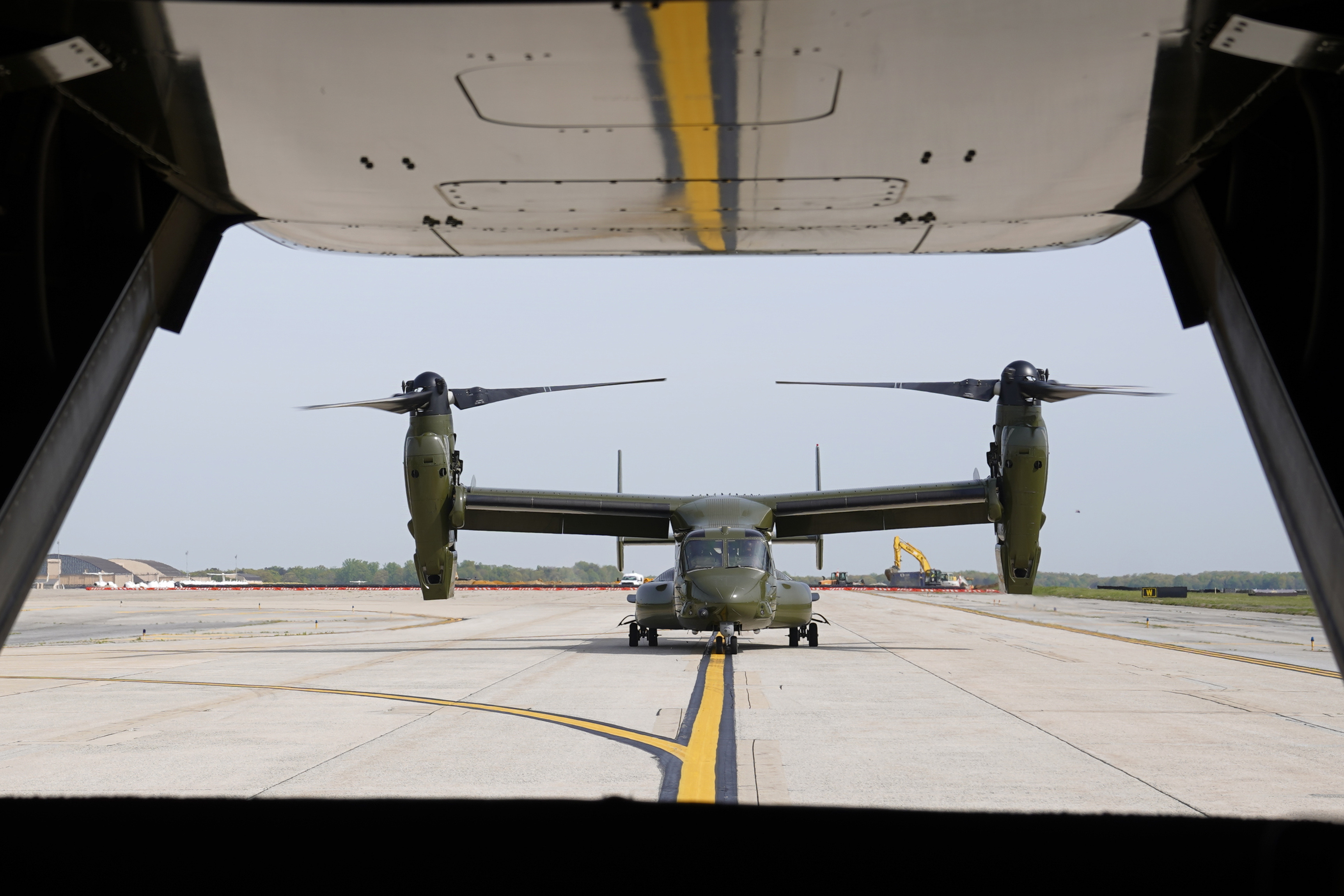 “The soldiers participated in the NATO exercise Cold Response,” Gahr Stoere said. “Our deepest sympathies go to the soldiers’ families, relatives and fellow soldiers in their unit.”

The plane was a V-22B Osprey that belongs to the U.S. Marine Corps, Norway’s armed forces said.

“The aircraft had a crew of four and was out on a training mission in Nordland County” in northern Norway, according to a statement.

It was on its way north to Bodoe, where it was scheduled to land just before 6 p.m. Friday. The plane crashed in Graetaedalen in Beiarn, south of Bodoe. Police said a search and rescue mission was launched immediately. At 1:30 a.m. Saturday, the police arrived at the scene and confirmed that the crew of four had died.

“We can confirm an incident has occurred involving a Marine Corps MV-22B Osprey aircraft,” the U.S. Marines said in a tweet. “The cause of the incident is under investigation, and additional details will be provided as available.”

The annual NATO drills in Norway are unrelated to the war in Ukraine. This year they include around 30,000 troops, 220 aircraft and 50 vessels from 27 countries. Non-NATO members Finland and Sweden are also participating.

The exercises began on March 14 and end on April 1.

No cause was given for the crash, but the Norwegian armed forces said that Cold Response “will carry on as planned, with the measures we have to take due to the weather.”

Police launched an investigation into the crash and accident commission members and police representatives were due to arrive at the crash site on Saturday.

“The weather is very bad in the area to complete work at the scene, but police will take it up again as soon as the weather conditions allow it,” operations manager Ivar Bo Nilsson from the Norland police district told reporters.

“Right now there is full focus on ending the rescue operation, taking care of the people and then there will be a normal procedure with causation,” Odlo was quoted as saying by Norwegian public broadcaster NRK.

The first Cold Response exercise was held in 2006, and the drills have been conducted a total of eight times over the years. They take place in southeastern, central and northern Norway.

Opinion | The Patronage System Was Corrupt. It’s Threatening a Comeback.

‘Not Good for Learning’ – The New York Times